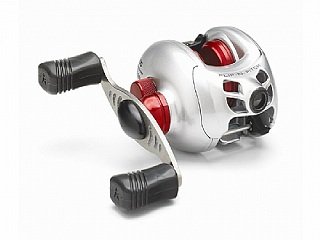 Fish behave in strange ways sometimes, and often do the exact opposite of what a fisherman may be prepared for. This is what separates the men from the boys on the water, however, and where knowledge of different techniques and being prepared with different combos is important. One such example is when bass feel pressured and move into shallow water, taking refuge in thick weeds that narrow your lure options down to a small handful. Prepared anglers will not miss a step, though, and will reach for a strong casting rod equipped with a baitcast reel. In this case, it’s perfectly okay to “flip out,” as you’ll learn below.

Flipping is a technique that serious bass anglers should make it a point to learn and perfect if they expect to land big fish when others are scratching their heads. When bass move into shallow vegetation and cover such as logs, conventional methods like crankbaits can’t be used and it’s time to pick apart the weeds like a leftover turkey.

The technique itself is actually quite easy, once you get the hang of it. The real trick is learning how to use a baitcast reel in a different way other than just casting and retrieving. As you move your boat near weeds, all you do is underhand a delicate cast, planting your lure silently in small pockets of water amidst lily pads or weeds. Allow the lure to sink to the bottom and retrieve it slowly, twitching the rod a few times to bounce the lure. After a few moments, reel it in and aim for a new spot, This method quickly dissects pads, weeds, and other cover  and is very effective at locating big bass hiding there.

To implement this tactic most efficiently, you’ll need the right tackle. I suggest using a heavier casting rod, as you’ll need its strength to muscle large fish out of dense cover. You’ll also want to use heavier line, upwards of at least—at least—17-pound test if you’re going with mono or fluorocarbon. Going heavier, such as 30 to 40-pound test wouldn’t be a bad idea. However, braid will be the most effective at bringing fish to the boat, as it won’t break on lily pad stems or logs, and will even slice right through weeds like a hot knife through butter.

As far as lures go, anything weedless is your best friend in this situation. Plastics like worms, graws, or creature baits are great. Skirted jigs are also a favorite among anglers, and many use a plastic trailer, a combination known as a jig and pig.

Obviously, you’ll want to use a baitcast reel, but there are a few types that are specifically designed for flipping. Daiwa’s Megaforce, for example, is equipped with a Twitchin’ Bar, which is a thumb switch fixed above the spool that, while your line is out, you can press. This reels in a very small amount of line at a time without opening the bale. Ardent also makes a reel called the Flip-N-Pitch, which is actually quite hard to describe (hence the photo). The basic concept is that it only holds the amount of line necessary for the technique, and the line guide is fixed at the center, which creates a more accurate flip.

Fish behavior is affected by so many factors and their behavior can change at any given moment. Anglers need to learn and master several techniques to prepare themselves for occasions with their favorite lures or tactics won’t work, and they need to step outside of that comfort zone to catch fish. Flipping is just another tactic that will succeed when conventional means fail, and serious anglers who want to locate big bass will do well to make it a part of their repertoire.