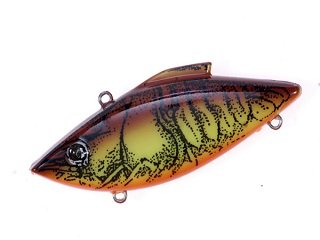 Spring is steadily approaching and that means fish will become more active over the next weeks. The rising temperatures and thawing ice over the waters signal that it’s time for them to feed, spawn, and seek warmer areas, and muskie are no exception. However, as muskie are typically a cold water fish, their activity begins a little earlier, which means fishermen seeking these toothy giants will have to pay attention to the changing weather and take advantage of muskie behavior if they want to get an early start on the powerful fish this season.

In many regions, winter temperatures start to rise around mid-January, which muskie pick up on and become a little more active. During this time, females will move into shallow areas to seek out suitable spawning sites, usually situating themselves in dpeths between 2 and 8 feet when water temperatures reach the mid-40’s. These sites will most likely be creeks at the edges of warming bays, where the water temperatures are a few degrees warmer, and will consist of feeder channels, dying vegetation, and mucky bottom. This is one of the few times out of the year that muskie behavior and locations are predictable, so anglers need to capitalize on this.

Seasoned muskie anglers know that during this time of the year, a smaller presentation is the way to go. I’ve spoken to all anglers—weekend warriors to professional muskie guides—and all of them swear that their most productive lure for such a tactic is a rattletrap. Furthermore, where most might want to use a sturdy muskie rod with thick braided line, with the rattletrap, you will actually want to grab a softer tipped rod with lighter line, along with a strong leader (30-pound will do fine). You don’t want to use a leader that’s too big, because it will hinder the action and presentation of your lure. Many anglers prefer this lighter approach because it gives muskie more of a sport fish feel during the fight, whereas most of the time, the heavier tackle associated with the fish simply muscles it to the boat. Also, this approach will also attract other species, such as bass or walleye.

Now, this time of the year, muskie will lurk along gravelly bottoms where crawfish lurk, so a crawfish pattern, or an earth-toned pattern, is what you’ll want to throw. Muskie seek out these areas to feed on crawfish, and bouncing a rattletrap on the rocky bottom will produce strikes. Also, a figure-eight technique will produce great results, as a rattletrap sounds exactly like a crawfish, and this approach is always effective with muskie. As the temperatures continue to rise throughout the spawn, muskie will begin to forage among warm bays, which means it’s time to search for groups of baitfish on the move and cast in their direction.

While this time of transition is not going to produce the huge muskie that are pulled in during Fall, it is a great time to utilize a different approach to catching muskie and capitalize on their behavior. Not only will you bring in big numbers, but the lighter tackle will provide a higher level of excitement and a greater challenge, which is something every angler yearns for.