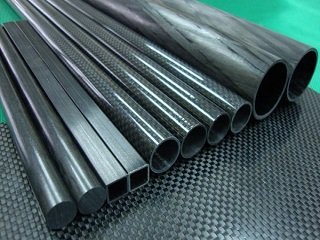 We often don’t realize just how many different components combine to make up some of our fishing gear. Individually, these pieces don’t do a whole lot, but when assembled into a final product, they make for one impressive piece of equipment on the water. Fishing rods are no exception. I’ve briefly mentioned a few of the components of fishing rods in the past, but today marks the first part of a series that details the three main rod components and how they differ among the various models available on the market. Part One of the series begins with what I feel many would agree to be the most important part of a fishing rod: the blank.

In essence, blanks start out as a sheet of material that is tightly rolled into a thin cylinder that becomes the body of the rod. Rod manufacturers can roll the blanks themselves or buy them pre-rolled. Blanks can be comprised of a few different materials (I’ll get to that a little later), and can be imported from all over the world.

Other than the basic sheet of material, rod blanks also include a layer of something called scrim, which is a mesh-like material that adds strength to the blank during the rolling process. It also gives the rod its strength when bent under the weight of a fish. Lastly, holding the scrim and blank together is a layer of resin. The amount of resin used, as well as the type, has varying impacts on the performance of the rod.

Rod blanks are available in several different types of materials these days. Most blanks have been made up of graphite, fiberglass, or a combination of both, which creates a composite blank. Recently, carbon fiber rods have arrived on the market, as well as company-specific materials like the Carrot Stik rod.

There are some anglers who take on the arduous task of building their own rod. This can be done, but requires some time and patience. Blanks and other materials needed can be ordered from a few different sources, the most popular of which being Jann’s NetCraft. It’s important to have the necessary equipment for the job, and also to be sure you properly spine the rod during the build. This is an important part of the process because it determines the natural bend of the rod and will dictate guide placement.

The blank is perhaps the most vital part of a fishing rod and determines a lot about the performance of the rod itself. Everything from weight tolerance to sensitivity and strength are influenced by the materials that comprise the rod’s blanks, so knowing what you need is important. Be sure to stop by for Part Two of the series, where I’ll detail the differences in the various line guides found on your favorite fishing rods today.