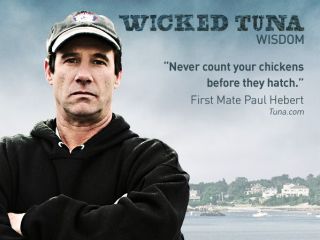 Fishing is a hard life, and harder with Bluefin stocks depleted. In Gloucester, Massachusetts, there’s a special breed of fishermen. For generations they’ve used rod and reel to catch the elusive Bluefin tuna. They depend on these fish for their livelihood, and the competition is brutal.

On National Geographic Channel’s new series, Wicked Tuna, Gloucester’s most skilled tuna fishermen will set out in the frigid waters of the North Atlantic in hopes of catching the valuable Bluefin tuna. When one Bluefin can bring in as much as $20,000—they’ll do whatever it takes to hook up.

Series producer Craig Piligian had this to say about the show:

“Commercial tuna fishing is brutally competitive. With its limited season, the intelligence and prowess of the fish, and the sheer fact that they’re worth so much, the livelihood of each vessel’s crew can be made or broken in a month. Pairing that kind of pressure with the harsh environment of Gloucester makes this one of the most intense and compelling series Pilgrim has ever produced.”