How to Bug Fish This Summer 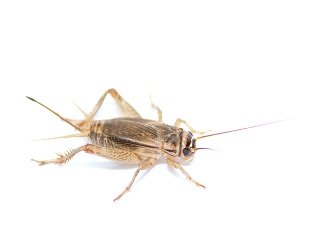 Our fishing can be influenced by many things, such as the weather, water conditions, and even other fishermen, but one thing we seem to overlook quite often are bugs. I’m not referring to biting flies or mosquitoes (for whom I have nothing but the utmost hatred), but rather the ones that should influence our approach to fishing during specific times of the year. The concept of “match the hatch” isn’t limited to fly fishing; there are several species of insect that can be mimicked when fishing for bass with great results, and here are a few of them.

Ever spend some time on the lake at night during the summer? If so, there’s a good chance you found yourself covered with one of the most common insects on the water: mayflies. Each year, there tends to be a big mayfly hatch, during which mayflies become a prime source of food for bluegills, minnows and frogs, which in turn, become a major source of food for larger fish, such as bass or pike. You can look for the mayfly hatch to occur sometime after the air temperature reaches eighty degrees and stays there consistently. I’ve found great success during this time of the year when fishing during the early evening hours, and especially when there’s a big hatch.

One last bug that seems to be synonymous with summer is the cicada. As the temperature rises, the nights are filled with the steady humming of these little guys. When you hear the cicada chorus strike up this summer, it’s time to tie on topwater baits and go to work. Any topwater bait will do a great job of imitating a struggling cicada that’s fallen into the water, so toss a few out and wait for the strike.