Should You Buy a Propane Ice Auger? 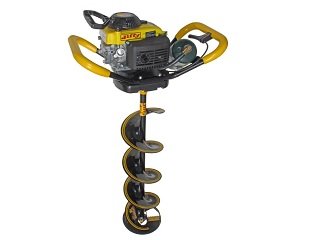 Ice fishing is in full swing in many regions this time of the year, especially if—like me—you’ve been hit hard by this “polar vortex” of snow and low temperatures over the last few days. In fact, I’ve seen dozens of shelters strewn throughout the small lakes in my neck of the woods as of late. A big part of ice fishing success is locating fish, which means many may have to drill multiple holes to find the exact spot. Augers make drilling holes a snap, and many anglers turn to gas augers when multiple holes are in order. What of propane augers, though? Today we’ll take a closer look at propane augers and whether or not they’re worth the money.

One common question that people ask when considering a propane auger is whether or not they’re powerful enough, especially compared to gas augers. Jiffy’s 10-inch propane model, though, is faster (I’ve seen a propane auger drill four holes before a gas auger finished a third) and stronger than many gas augers on the market. In fact, a buddy of mine drilled over 50 holes in ice over 10-inches thick before he had to reload with a new propane canister. Sounds powerful enough to me. Anglers who’ve used propane augers also rave that they don’t flood as often, or require as much maintenance, as other types of augers.

Anyone who’s used propane-powered appliances in the outdoors can tell you how finicky the canisters—especially smaller ones—can frost up in colder weather. This can be easily resolved with a bit of quick thinking, though. For instance, I’ve seen people use duct tape to attach handwarmers to their tanks to keep them from freezing. Others have even purchased nylon sleeves for canisters that keep them warm, as well. Typically, the frost isn’t an issue unless the temperatures drop into the negatives, but it’s always smart to be prepared.

Propane augers, though seldom seen on the shelves at outdoor retailers, are actually very powerful, fast, and make highly efficient use of the propane in their canisters. I’ve known many fishermen who are in love with propane augers, and vow never to go back to other types. Don’t take my word for it, though; stop into your local bait shop this winter and grab some advice from the anglers in your stomping grounds.