How Ernest Hemingway Slayed Giant Marlins and Other Outdoor Feats

The legends surrounding Ernest Hemingway and his days at war — from World War I to the Spanish Civil War, are often recounted, but when he wasn’t risking his life on the battlefield or writing, he was likely hunting or fishing.

At four years old, Hemingway learned to fish, hunt and camp from his father, as the family would frequently spend time at their cabin in Northern Michigan. Early experiences would shape his understanding of the natural world and contribute to the themes present in much of his writing, particularly his Nick Adams short stories.

His lifetime hunting expeditions are detailed in many of his works, and they range far and wide from Michigan, Idaho, Montana, the Serengeti, Lake Manyara and Tarangire National Park.

While hunting was a passion, it was fishing that Hemingway was known for, and for good reason. He managed to live the life of a successful journalist and writer while also making serious contributions to the world of fishing. He fished for trout in the streams of Michigan, Germany and Spain, and for sportfish in the Gulf of Mexico. 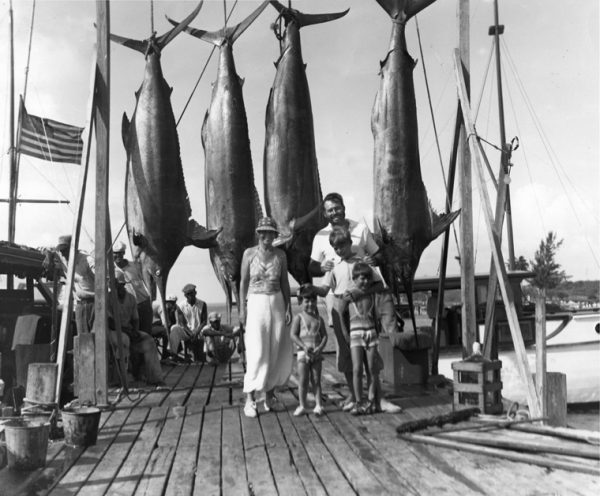 Hemingway spent a lot of time on his 38-foot fishing boat Pilar, so much that it would heavily influence his writing, especially in novels like Islands in the Streams and To Have and Have Not, where much of the action takes place on a small fishing boat.

As is expected of a great writer’s inquisitive mind, Hemingway didn’t simply go fishing, but also wanted to learn about and contribute to scientific exploration of fisheries. He hosted Charles Cadwalader and Henry Fowler, the director of the Philadelphia Academy of Natural History and the Academy’s chief ichthyologist, respectively.

They sought to determine if white, black, blue and striped marlin were different species or just different color variations of the same species. Their efforts resulted in the reclassification of North Atlantic marlin variants.

Hemingway himself developed theories and techniques in fishing, like solving the “apple coring” problem with tuna, where sharks would attack the tired fish during the lengthy landing times. Hemingway would keep constant pressure on the tuna, focusing on getting it to the boat as fast as possible instead of letting it tire, which was the accepted method of the day.

He tried everything from transferring the fight to a smaller boat to shooting attacking sharks with his Thompson sub machine gun as the hooked tuna approached the boat. He was the first person on record to boat an undamaged giant tuna. 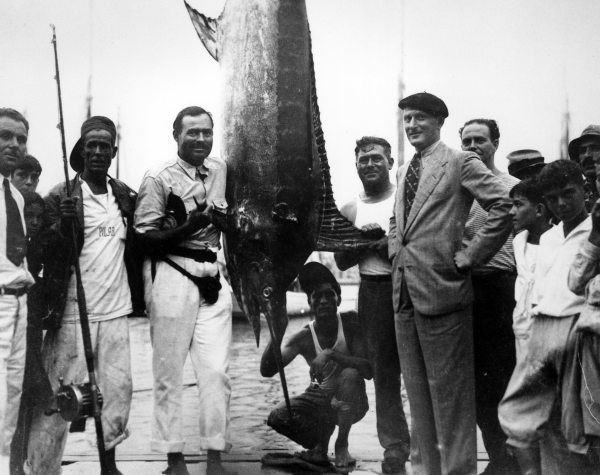 Once, he caught a marlin that was estimated to have been over 1,000 pounds before sharks reached it. He learned the hard way that by shooting the sharks he released blood into the water and attracted more sharks, which took most of the marlin’s body.

This tale is probably the basis for the novel The Old Man and the Sea. His shark problems didn’t just extend to tuna. On one occasion, while attempting to boat a shark he shot himself in the leg.

When not fishing or conducting scientific research, Hemingway was hunting for German U-boats in the Caribbean using HF/DF direction-finding equipment. It remains unclear what his plan of action was had he ever located one, because his weaponry was limited to a Thompson and hand grenades.

Other notable achievements in sport include: