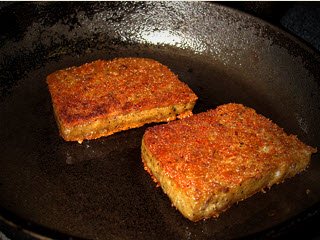 I remember my Dad’s buddy Steve cooking breakfast in the blind most Sundays. We had a Coleman two-burner stove tucked away above the boat hide and behind a thick curtain of canvass. Someone always seemed to complain that the peppery smell of our sausage gravy was going to rise aloft to the jet stream and alert the ducks to our presence. Scientific skepticism aside, the complaining usually stopped about the same time breakfast was finally served. Biscuits and gravy, bacon or sausage (sometimes both) , scrambled eggs and coffee or blackberry brandy (sometimes both) were usually on the menu.  Breakfast preparation usually came after the initially morning volley (or frustrating silence) had passed and we entered the 9:00 doldrums. Never mind that this morning feast was usually breakfast number two or three after a 4:30 am plate of scrapple or a spam-egg-and-cheese sandwich on the way out the door, and a 6:00 am snack of moonpies and hot-chocolate to brush off the pre-dawn chill.

Looking back on our weekend ritual, it’s no wonder that most waterfowlers in the Midwest I knew were sporting what my Dad would always call a “Dunlop.” That is to say, a “spare tire” around the midsection. I’ve not done any studies to back this up, but I’d bet my favorite double-reed  that the more successful the Mississippi waterfowler, the bigger the belly.  Think about it, the more ducks to pluck, the more celebration beers and deer chili that are consumed in the process right? I smell a graduate project out there for someone.

As much as I love the extra dose of camaraderie that seems to come with every gram of cholesterol consumed in a duck blind, I can think of four of my Dad’s old hunting buddies off the top of my head that have had some sort of heart problem in the last 10 years. In fact, two of them are dead.

What is my point? Where I come from, it’s not always easy to pull out a granola bar instead of a moon pie, or ask for egg whites instead of a sausage scramble. One of my good friends actually said to me recently, “I don’t need to eat like a girl.” To which I replied, “There is nothing macho about a heart attack dude.”  We both laughed at the friendly chiding, but our points were made.

Those of us who get out often enough to scout for elk, or lug tree stands into the woods on foot probably don’t need to be told to exercise. But for my fellow waterfowlers who’s definition of exercise usually involves pulling the cord on a 20hp Evenrude followed by a superset of 12 oz. curls, you might want to take heed. Because lets face it, from a cardiovascular perspective there isn’t much difference between sitting in the blind and sitting on a couch. The exception of course is that most of us want to keep being able to sit in the blind until that last dying day, which if we take care of ourselves and skip the scrapple, should be later than sooner.