Do Not As They Do 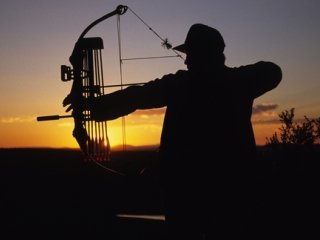 When you fall, trip or bump into an unseen obstacle right in front of your eyes, what is very first thing that you do? If you are like me, you first look around and see who noticed you. If you are lucky, nobody observed you earning your clumsy card, but if you are a hunter under the supervision of a professional hunting guide, trust me, the guide noticed every one of your slick moves.

Every year, millions of Americans spend large amounts of money; invest long periods of time and travel great distances just to go hunting. As they experience their much anticipated adventures, a lot of those people make some of the wackiest, most ridiculous mistakes, gaffes, blunders, and goof-ups that one can imagine. It is a phenomenon how some of the most determined and serious of people can temporarily turn into boobs while on the hunt for big game. Having been a big game guide for almost a decade, I have often found myself reminiscing with other guides about the mistakes that hunters make. Sorry my fellow hunters, but we can’t help it. Would you tell a room full of computer geeks to not talk about programming glitches or viruses? Nope. It is the nature of man to find like-minded individuals, collect as a group, and then bond over the boners of others.

As I share a selection of these doozies from myself and two other guides, I am really hoping that anyone who reads this will not repeat the mistakes that others have made. My first nugget comes from a person I will call ‘Guide #1’. He had a bow hunter book a fully guided Whitetail Deer hunt during the peak of rut. The hunter was new to bow hunting and was looking for a nice Midwestern buck to be his first bow kill. He also knew that he was going to be hunting out of a portable tree stand. We all know that portable tree stands barely have room for a hunter, so it was a surprise to Guide #1 that as he went to pick up the hunter, the hunter was carrying a briefcase out of his hotel room. Guide #1 tried to keep a straight face while asking him what the briefcase was for, and the hunter sincerely said, “I thought I would catch up on some work when the hunting was slow.” Guide #1 tactfully put an end to that hunter’s fantasy of having a ‘working hunt,’ but that is not the oddest story.

Guide #2 also runs a Midwestern hunting operation. He allowed a hunter to drive himself to a remote lease and instructed him to hunt one of the three prime-time stand locations that he already had set up. This place was deer central and bucks were running everywhere, but the hunter was not seeing any, or so he said after day three of coming back without a shot opportunity. Guide #2 drove to the lease and was going to meet the hunter as walked to his truck after that evening’s hunt. After 45 minutes of waiting, Guide #2 walked in to check on the hunter just in case a close-by deer might have had him pinned in his stand. The hunter was in the tree, snoring, and when Guide #2 got to the base of the tree, a half dozen miniature whiskey bottles, like the ones the airliners sell, were spread out on the ground all around the base of the tree. Whiskey after deer, have no fear, but deer hunting with whiskey, is definitely risky. The hunter went home without a deer, and Guide #2 did not get a tip.

There are so many stories to choose from. I once picked up a bow hunter on the first morning of his hunt; he was wearing so much men’s cologne that I swear I can still catch whiffs of it while driving in my truck almost three years later. Guide #1 once snuck in on an all-day hunter in a tree stand to see if he needed anything, and as he carefully worked the wind and got within 100 yards, he was chagrined to find the hunter talking away on his cell phone. We all have stories of hunters letting metal belongings clang all the way up or down a metal ladder or climbing sticks, or hunters who are stealthy all the way into position, but then do things like smoke cigarettes (or worse), spit tobacco all over the ground, work loud zippers, cough or sneeze without trying to muffle the noise, and I once had a hunter who listened to a baseball game on a portable transistor radio, without headphones.

I am not immune to bonehead moves myself. Many hunters lean their rifles up against the truck while putting on gear only to have said rifle slide right on down to the ground onto the scope. Most optimistically pick it up and just go on like nothing ever happened even though the scope is now out of alignment. I have. Hunters have forgotten their guns and bows on hunts, and so have I. I once drove 30 miles in the dark of morning to bow hunt, and I forgot my arrows. Nobody saw me do it though.

Then there are the people who can’t sit still, which is hard to do regardless of circumstances, and especially hard to do in cold weather. Unfortunately, you have to try during deer season. For example, Guide #2 had a hunter claim, after not having any luck that he had indeed sat in the tree stand all day like he was supposed to, but then proceeded to ask questions about the other stands and locations that he had stumbled upon while out walking. Every guide has also had a client who thought they should tell the guide how to hunt. Don’t guide the guide! Last but not least, there once was a couple in a tower blind. They decided to relive their honeymoon during his hunt. That’s all I will say about that.

Do yourself a favor and don’t be one of ‘those’ guys. When you prepare yourself, get serious; be deliberate in your actions and most importantly when you do make a mistake, make sure no one notices!