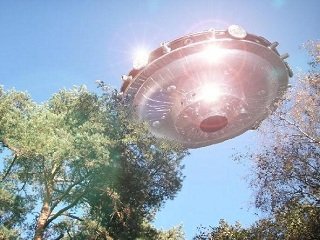 In continuation of our first article featuring strange stories from the outdoors, I still find myself with too many memories to write about. Like all hunters and outdoorsmen, I too have experienced my share of unbelievable occurrences during outdoor pursuits. In fact, almost every hunter I have ever met had a tale or two of their own to add to the craziness of life in nature.

One good friend of mine had taken his young son on a bear hunting trip to his favorite bear bait place deep in the woods of Ontario, Canada. The boy was too young to understand many truths of the world, so my friend was horrified when a young Black Bear sow and boar arrived at the bait and began to mate. They were young animals, so they did not have the act mastered. With every thrash and squeal, my friend became more and more horrified. Eventually he had to run the bears off just to stop the fiasco. Seeing Black Bears mate is one of the rarest sights in nature, but sometimes rare is not all it is cracked up to be.

On a solo Mule deer hunt in the Pueblo Mountains of southeastern Oregon in the 1990’s, I had a bizarre happening that I still don’t like to remember. I planned on going into the deep wilderness and I didn’t have the best of gear, so I had to lighten my load a little before I could head off on a ten day adventure. I decided that I had to choose between taking my sleeping bag or my tent, since both were heavy. I chose to take my tent thinking that shelter was more important than comfort while sleeping, and besides, I could just put on my extra clothes to keep warm at night. I was miles from the nearest road when I sat up my tent on a rock ridge on night.

At 1:30am on a clear night that had less than a quarter moon showing in the sky, I was awoken out of a dead sleep. My entire tent was lit up like the sun. It was like a bunch of spotlights were concentrated on my tent, but that was impossible. At first I thought it must be a helicopter’s spotlight, but there was no noise or even a slight breeze.  I was instantly terrified as my sleepy brain tried to process what was happening.  As I sat there and tried to reason, I figured out that the light source was coming from directly overhead. After a few more moments, I decided that I was not going to just lay there and be a victim of terror, so I decided that I would take a look and see what it was. I loaded my gun and sat there trying to gain the confidence to peak outside. It was basically a fight or flight moment and I chose to fight.

I performed a mental countdown in my head. 5…4…3…2…1…and I quickly sprung for the door and as I began to unzip my tent zipper, the light went out. It just disappeared.  I followed through and jumped out of my tent with my rifle and looked into the sky, but I saw nothing. It was gone for good, and I did not sleep the rest of the night. The light never returned for the rest of my trip.

I have since deduced that a possible explanation could have been a silent military helicopter that could have strayed from one of the secret Nevada test sites. Perhaps some pilot saw my heat signature while flying and decided to mess with me, but I am only guessing. The alternative explanation in my head involved a UFO. Who knows?