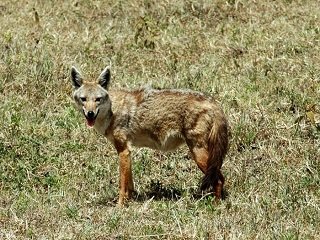 Most of America is fully aware that our nation’s military has been fighting our enemies overseas in two separate wars; however, most people don’t know about the role many of the nation’s civilians play in supporting those troops. I had the pleasure of serving two separate tours overseas (Iraq in 2005 and Afghanistan in 2007) in direct support of our brave men and women, and that service included the trapping and hunting of several animals. I am writing about those exploits for the first time in this short series of articles.

While trapping and hunting seems like a glamorous job to any outdoorsman, it was not all fun and games. I was hired by a Department of Defense contractor to serve as a Vector Control Specialist (VC).  As a VC, my job was basically pest control and management, which included bugs, rodents, snakes, and small and medium sized animals.

Most of our troops in Afghanistan operate out of small, remote bases called Forward Operating Bases (FOBs), and although they are all fenced, animals still manage to penetrate the perimeters. Golden Jackals are excellent at digging under and going through any fencing. Although they are a jackal, the Golden Jackal looks almost identical to a coyote but mostly slightly smaller in body size. They look like a coyote, they are as smart as a coyote, and, like a coyote, they are hard to trap and hunt.

During the beginning of the war, the preventative medicine department of the U.S. Army live trapped some Golden Jackals and determined that they were indeed possible vectors (carriers) of some diseases, but their risk level was low due to the fact that they would have to physical bite someone to put a person in danger. That all changed one day when a jackal ran up to and bit a soldier while he was on guard duty, and after that incident, all VCs were instructed to keep all jacks off the FOBs by any means necessary. The first priority in any implemented pest management plan is to deter entrance of pests into undesired areas, but jacks did not care about that plan so we had to trap and hunt them.

As a civilian, I could only carry a tranquilizer gun, so I would have members of the FOB military police accompany me on my night hunts. One night we got set up in a strategic location, which was not far from the FOB garbage pit, and began to call with a FoxPro predator call. We were hoping that we could fool a jack into the range of our flashlights, but we were not prepared for what was about to happen.

During the first minute of calling, we received many answers from jacks who seemed to be interested. We stopped calling to observe in the moonlight and before we knew it, we could hear several animals hitting the ten foot high chain link fence about 100 yards away. We were confused and assumed one animal was going berserk against the fence, but all too soon we could hear the sound of dozens of running feet pounding the ground on their way to our position. As we turned on the biggest flashlight, we had no less than twenty jacks already on top of us, running around and looking for something to concentrate on. There were so many, there was no way to single one out to shoot and then we all suddenly realized that we were entirely overwhelmed with a hoard of jacks. Several ran right by us, even brushing up against us, and the gravity of the situation turned our stress into an uncontrollable laughter. What else could we do? We ended up bagging two jacks that night. It was like shooting fish in a barrel, except they were really fast fish in a big barrel. After that night, I would implement a Plan B version of calling Golden Jackals, who having never heard a predator call, were just too easy to call in.  I wish coyotes were that easy.