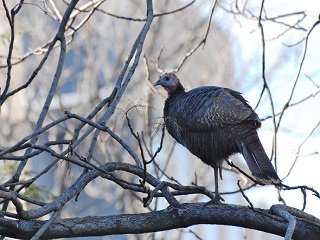 Every turkey hunter knows that the best times to hunt are the first part of the breeding season and the end of the breeding season.  Most hunters are all too familiar with the mid-season blues, but if you can understand why this lull in turkey activity happens, you can beat it to bag your bird.

When the middle of turkey mating season occurs, most of the hens have had their clutches and are sitting on their nests, and even the young toms know that most hens are not shopping for a servicing gobbler. The entire turkey woods seems to be in a lull as the early season activity is slower and quieter, and even though toms are not too excited to run to your calls, it does not mean you can’t score.

The most important tip is to simply be quieter. In my years of guiding turkeys, I learned how to beat these mid-season respites by calling less and calling softer. There is no logical reason to aggressively call unless you just want to hear a distant response. This is self-defeating because you will not call in a mature bird and you are only educating the young ones that can hear you. Your best bet is to mimic the silence of the woods and make soft calls with long intervals.

Softly calling puts birds at ease and makes them less likely to suspect a possible ambush.  It also matches their mood and makes you more like them, which is the entire goal of calling in the first place.

One aspect of soft calling during the mid-season that you must remember is; you will need to sit longer and wait more. The birds are not in an excited state, so they take longer to travel between points. If you are lucky enough to have one answer you, then sit tight and prepare not to hear that tom again. Chances are that if he only answers once, he will be a mature bird. Only jakes act excited by any hen calls during this slow time, so don’t even bother with them.

Another good tactic to snap birds out of their routines is to approach them from a different direction then you have previously used during the early season. If you do this skillfully and sneak in on them from a completely unexpected direction, they are less wary and more likely to trust that you are a real bird calling to them.

These two tips can help you shake things up and find success during the slowest times of spring turkey season.