A Little Panic Goes a Long Way: Part One 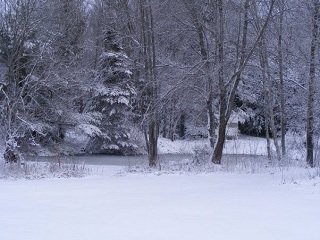 Sometime during the mid-1990s while accompanying an outfitter friend of mine on one of his usual guided cougar hunts, I had no idea that only six hours after the hunt began that I would have to be responsible for saving my own life.

Back then, hunting cougars with hounds was legal in Washington State.  It was typical winter in the eastern part of the state with plenty of snow on the ground and plenty more on the way. The hunt started with us finding a fresh set of tom tracks crossing an old logging road sometime during the late afternoon of the first hunt day.

We let the dogs loose and if you have ever hunted with hounds before, then you have also felt the exhilaration of a strike dog announcing that he or she was on a fresh track like we did that day.  It was a rather average start to a typical lion hunt. Little did I know what peculiar predicament I would find myself in later that night.

After waiting a couple hours for the dogs to tree the cat, snow began to fall heavily and there were no signs that this storm would be blowing over anytime soon. Before we knew it, hours had passed all but one of the dogs had returned to the truck. It was sort of a relief knowing we would not have to set off in a snow storm to try to find a treed cougar that could have been miles away.

The only thing preventing us from packing it up and heading in for the night was the lead strike dog had not returned to the truck like all the rest of the dogs had earlier. After a couple more hours of waiting, we figured that the dog had somehow treed a cat and was staying at the tree like he was supposed to do. We had no choice but to go look for him since the snow was keeping us from picking up the telemetry on the electronic tracking collar. Normally my friend could use his telemetry and get a fix on all of his dog’s locations, but not on this night.

My buddy headed off in the initial direction the dogs had initially taken, and I volunteered to head up the mountain from another direction. I was a decent outdoorsman so I was confident that I could go on a lengthy search and find my way back to the road the truck was parked on.  I had a lighter and compass, and I even had adequate clothing and snowshoes as well. After a couple of hours of climbing and hoping to cross dog and lion tracks before the snow covered them up completely, I found myself unable to walk in the snow any more.

I should have known to turn around when the snow was becoming too deep for the snowshoes to keep working, but I let my worry for the dog override my worries for myself.

Before long, I had taken off the snow shoes and put them in my backpack. I was now crawling on my shins and forearms to get a larger footprint on the snow to keep from sinking. I was hoping that I would eventually come to firmer ground, but I never did. After a couple hours of crawling around, I was becoming exhausted. I realized I needed to retreat so I started crawling in a semi-circle to find the steep side of the hill that I had previously climbed. Thick brush was bothering me the entire time, so when I noticed a wide-open space ahead of me it was a no-brainer to head across that clearing.

As I found myself in the middle of this large circle of totally clear snow field, I decided to stand up and stretch my legs. I needed some relief from crawling so long. As I stood up, I found myself falling. I immediately recognized that I had stupidly chosen a frozen pond to cross, so I instinctually threw my arms out into an iron cross position like those ring gymnast do.

I managed to stop myself from falling, but my precarious position was stealing my energy with every agonizing second. I now knew that the ice had broken and about four feet of snow was allowing my arms to hold me up.  Unfortunately, I had also sunken in the snow and my head was about two feet under the top of the snow and I was dangling in freezing water up to my waist. I frantically pointed my toes trying to find something hard to stand on, but all I got was open water.

If my arms were to fail me, I would be completely submerged in a giant pond of ice water with no way to escape. I tried my hardest to think my way out of the snow hole that my noodle-like arms were holding me in, but there was no way out without something solid to help me. I hung there for what seemed like hours but was actually just minutes. As my arms began to give out, I chose to do the one thing that I was always taught not to do; panic.

It was my only option and I began kicking my legs and desperately began to mimic a swimming motion in the hopes of pulling myself up through the snow.  I was running and climbing and kicking in place, and I was flailing against all odds. I have no idea why, but it began to work. I found myself rising as my body performed a thousand desperate spasms.

It all worked. I was now on top of the snow and beside my man-sized hole. I crawled to the nearest trees, found a dead tree and pushed it over, and I built a fire and stripped off my clothes. I spent the night naked, rotating around a burning fire trying to keep warm and dry out my clothes. As daylight broke, the snow had stopped and couple hours later my buddy saw my smoke and found me.

It was over before I knew it, but one of the lessons I learned that night was that sometimes, panic can serve one well.