It Could Happen to You 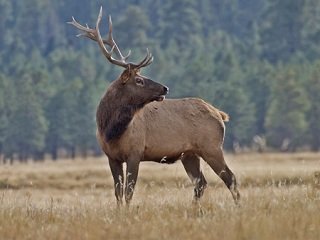 About this time every year, while begin to prepare for the early fall hunting seasons, I am reminded of a painful incident that happened to a good friend of mine who I will call ‘Mark.’ Mark was legally rifle hunting bull elk in a western state just a few years ago when he spotted a nice bull, closed the distance, and dropped the big bodied animal with one shot from this .300 WSM rifle.

As my friend traversed the medium sized valley between him and his trophy, he found himself arriving at the kill site just 45 minutes after the shot. What he found there not only changed his outlook on hunting forever, but it also affected me and the rest of his friends in some way.

When Mark got to his elk, he found two middle-aged ‘gentlemen’ field dressing the very trophy that he had shot.  He waited for a clear mind to emerge from his initial moment of shock, he asked the two men, “What are you doing?”

One of them snickered and replied, “We are gutting our elk fellow. Do you have a problem with that?”

And with that question, Mark pulled out his cell phone and dialed the police to connect him with the area game warden. The two men just snickered to each other and resumed their work. Mark tried to claim his property to no avail, and he even made threats and finally begged for reason, but the two men had tagged Mark’s bull and were intent on taking it home. Short of irrational violence, Mark places his hope on the game warden showing up in time and sorting it all out and maybe even punishing these two unremorseful game thieves.

To make a painful story shorter than it needs to be, the two men left for parts unknown with Mark’s elk and the game warden showed up way too late to deal with the situation on time.

When it was all over with, the two men got to keep the elk as it was their word against one guy’s word. All ballistic traces had vanished during the quartering and skinning as well. The two men denied any part of Mark’s story and the game warden was forced to take no action based on provable evidence. Mark is a mild-mannered sort, so he accepted cruel fate of that year’s elk season and did not return to the field until a few years later.

The incident left us all with so many questions. How could this happen? Why didn’t you do something? None of the answers to these questions were satisfactory.  The only thing resembling any sort of justice happened at the local taxidermist who was a friend of Mark’s and when the proud shooter of that elk showed up to get it mounted, the taxidermist sent him on his way with the promise that every taxidermist in the area would soon be on the lookout for the game thief.  It was bittersweet and miniscule, but it was some evidence that somebody somewhere cared about Mark’s terrible experience. There is no happy ending to this account.  The worst take-away from this ugly mess of a story is that it could happen to you. I hope it never does.