How to Break in Your New Rifle 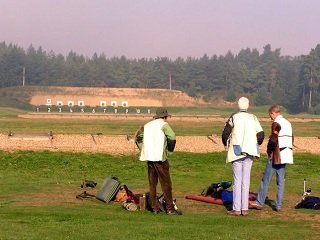 Unfortunately and understandably, most hunters pull out their guns or bows right before every season and take a few confidence shots before heading into the field. We all know that is not a great standard of practice, so why keep doing it? After suffering a couple of consecutive shots that were way less accurate than I had planned, I decided that I would not settle for being unprepared anymore. So, when I bought a new rifle, I did my research and headed to the sturdy benches of my local shooting club.

I won’t dig too deep into all the nuances you can partake in at your local range, but you don’t have to be a range rat to get yourself and your rifle squared away, especially if it is a new gun.

Breaking in a barrel is very important, and as I found out, there are hundreds of theories about how to properly do it. After weeks of investigation, I decided the proper way to break in a new rifle barrel lays somewhere between the manufacturer’s suggestions and the suggestions of experienced gun smiths who actually work on thousands of rifles.

For a .270 break in, I compromised with a series of five shots. To start breaking in, I fired one shot let the barrel cool, and thoroughly cleaned the barrel. The cleaning after every round is a common method to prevent debris from a previous bullet from damaging the new surface of the bore by the following bullet.

I then shot four more times with four more coolings and cleanings.  After the first five, the next five were all shot, cooled and then cleaned after the entire five-shot group was complete. After ten shots and six cleanings, I shot three, three-shot groups with a final thorough cleaning.

My break in was finished after 19 total shots and seven total cleanings. I talked to a local gunsmith and he told me that I had easily surpassed the minimum requirements for properly breaking in a barrel. In fact, I found that some gun smiths believe that a barrel does not have to be broken in at all, and we all know that manufacturer suggestions are all about liability and not so much about the gun. Still, I do not want to take a chance with an expensive investment like a new gun.  Plus, breaking in my rifle gave me great satisfaction, and the experience I acquired at the range provided me with a new level of confidence.