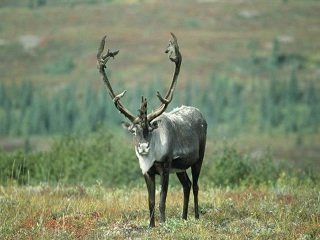 Given all the mistakes I had made on my recent Alaskan hunt that left me stranded behind a swollen river and narrowly avoiding hypothermia while trying to escape, my buddy and I pushed off in our raft hoping that we could make it back across to safety.

In a heavily loaded raft that felt obligated to capsize in ‘class 2’ water, we paddled and poled our way towards the opposite bank. Actually, it was like clawing and willing our way across. As we missed our primary point of landing, we both bailed out in waist-deep water at our secondary aiming point. We had made it across.

All we had to do was make it the 4.5 miles back to our vehicle and the bad dream would be over. However, that was easier said than done for me. During this ordeal, I was sick so I had eaten little in four days. I had no strength and I was physically exhausted. I was not only physically exhausted due to lack of food, but I had failed to get in proper shape prior to hunting season. I failed to prepare physically and that was entirely my fault as well.

At first, I thought I could slowly make my way at my own pace, however, each step became a serious labor and I realized I was in need of a serious rest. After several moments, I knew there would be no recovering and I just had to slog my way the next four miles or risk the oncoming coldness of the night.

After a few hours, I began to feel ‘normal.’ Unbeknownst to me at the time, my sudden feeling of recovery was due to several downhill sections of pathway. That would be my second to the last mistake that I made on this trip. The very last mistake I made happened in a flash of thrill and excitement as I spotted a mature Caribou bull standing just 100 yards away begging to be shot, so I shot him. Stupid mistake.

I had fought deadly water, potentially deadly weather, and I had survived being trapped and wet in the wild, but now I had a 500 plus pound Caribou to deal with. I shot it two miles from the vehicle and as soon as I pulled the trigger I regretted the decision. I was a limp noodle with miles of Caribou packing to complete.

Technically, I had a successful hunt, but in reality, it was a massive failure.  All I had to do was plan properly and I failed to do so, and it almost bit me big time.