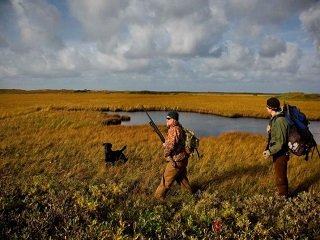 A recently released nationwide survey by Responsive Management (a natural resource research survey firm) shows that 79% of Americans 18 years old and older approve of hunting, up five percentage points from 74% in 2011. Responsive Management is in the outdoor survey business, but they are not wholly aligned with pro-hunting interests. They have also contracted with animal rights groups and various non- hunter-friendly conservation groups, so RM is not ‘in the bag’ for pro-hunting interests and groups.

Although hunters only numbered around 13 million last year, it is very encouraging to have such a majority of the population holding such positive views of legal hunting. Even more encouraging is that fact that there was a slight increase in overall acceptance of hunting. After checking the source site for more information and doing a web search, I found that a possible reason for the increase may correlate to a U.S. Fish and Wildlife Service report (2011 National Survey of Fishing, Hunting and Wildlife-Associated Recreation), that showed hunting participation had increased by 9 percent since 2006 while shooting participation increased 18 percent since 2009.

I have a couple theories regarding the increase and I considered writing about a few before I realized that the ‘why’ wasn’t important. It’s the ‘how can we keep approval for hunting on the increase?’ that I believe is the real question.

Education: The first way we can keep hunting approval high is to educate people about what hunters really do. Hunters are the ultimate conservationists. Our license and tag money support conservationist efforts in every state, our culling of animals help to manage herds, and frankly hunters care and love the animals they hunt.

Caution: We need to be careful as hunters not to offend the non-believers. We can do this by following the laws, and making sure not to trespass. We need to clean up our messes, and generally be good citizens while not giving any non-hunters reason to complain about us. We can also use social media and forums to intelligently and kindly argue our case when faced with the issue.

Recruitment: This is where I make the push to ‘take a kid hunting.’ This may seem clichéd if you watch any hunting shows regularly, but to increase our approval, we need to increase the number of hunters in the generations to come. You don’t even need to take your own kid or a kid at all.  Take acquaintances, buddies, and friends of your kids, anyone who shows an interest and make a friend of hunting today.