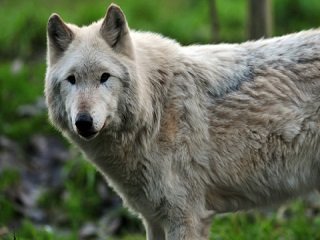 Wolves are making a comeback. Since 2010, two Timber Wolves (mistaken as oversized coyotes) have been killed in Missouri. Although once native to the area, timber wolves haven’t had a viable population there since the late 1800s. Yet, they are coming from somewhere.

It is illegal to hunt and/or shoot wolves in Missouri since they don’t have a population large enough to breed. Most wolves sighted or killed turn out to have migrated from the northern Great Lakes states Wisconsin, Michigan or Minnesota. However, this may mean that wolf populations are growing healthy enough that young males have to seek out new, less populated territory.

What does this mean for hunting? This is a controversial topic. Wolves were hunted almost to extinction for a reason. They are a successful predator that likes a nice fat beef cow as much as a deer. And, contrary to popular belief, will bring down healthy animals as well as the old and sick. However, people relate to wolves and are protective of them. And not just the fringe population that thinks animals should live better than people, either. Wolf hunting has had a lot of bad press, yet some states have pushed forward and offered limited hunts this year. Seven states (and one Indian nation in Washington) offer wolf hunts; Alaska, Idaho, Michigan, Minnesota, Wisconsin, Montana and Wyoming.

It’s been a fight to get wolf hunting legalized in these places. Some people feel like wolf hunting shouldn’t be allowed. Perhaps because the wolf is so closely linked with man’s best friend, it has many advocates on both sides. However, the wolf has proved over and over that if its numbers aren’t closely monitored, it will soon kill its way out of a wild food source and quickly make its way into a domestic one. The estimate of wolf populations in the US are close to 17,000. 11,000 being the estimated population in Alaska.

Next time you see a larger than normal coyote, a little longer in the leg, and broader through the muzzle, take a closer look. You may be seeing the beginning of a wolf season in your future.