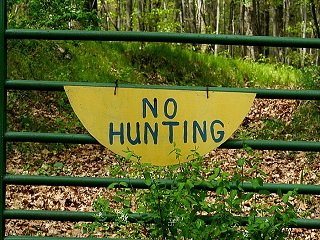 I recently heard an anti-gun TV personality rail against the 2nd Amendment. He said, “The 2nd Amendment was clearly created with muskets in mind.” The irony of his statement was lost on him as was exercising his 1st Amendment right on a TV station that was being broadcast via satellite. It is the hypocrisy of hunting haters that I notice way more than their silly arguments against hunting.

I wonder what that host would have said if someone had told him that the freedom of the press was only intended for printing presses? Here are some of my other favorite anti-hunting claims that are hypocritical and silly.

Hunting is no longer needed since you can buy meat in the store. First off, meat doesn’t magically appear in stores. Someone has to kill it first and if you are paying a stranger to do your killing for you, while condemning hunters for doing their own killing, you are a hypocrite. Also, you can’t buy nice lean venison, elk or moose in grocery stores and the very few places you can buy it, you can’t afford it.

Killing animals is barbaric and unsophisticated. I don’t even know where to start with this hypocrisy-filled load of manure. First off, every single person in this country lives in a house, trailer, apartment, condo, tent or cardboard box that sits on land that was once wildlife habitat. If you are human, you are displacing animals somehow; therefore, you are killing animals by merely existing. Also, every single wild animal that does not get killed, faces death by nature, who isn’t always kind. Hunting is really humane compared to an animal with worn down teeth, old age or infection that is slowly starving to death.

Hunters just like killing things. Ted Nugent once said, “If I just liked killing things, I would raise thousands of chickens and just sit around wringing their necks.” Obviously there is a lot of context lost to simplify the act of hunting with ‘hunters just like killing things.’ I say we hunters enjoy the end result of pursuing our prey in a fair chase manner and that not one single person enjoys the death that hunting requires. To use such a sacred occurrence as ammunition against us is not only disingenuous, but it is just a nasty tactic that holds no water.

In short, when someone is basing their entire belief system on hypocrisy, it makes their argument invalid. Politics is full of this very thing, and politicians have the lowest approval rating numbers ever. Nobody likes a hypocrite, so we all owe it to ourselves to be informed about our hobbies and passions, and we should all be ready to defend them at any moment.