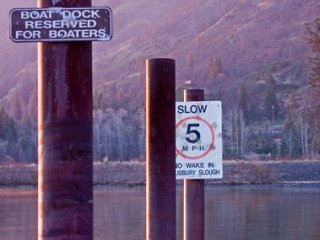 Boating is a family-friendly sport that can span from a leisurely ride on the water to a rip roaring time being towed on an innertube. However, like the road, there are laws of the lake that boat operators need to be aware of to keep everyone safe on our waterways. Though it doesn’t always strike boaters, lakes are a parallel environment to the roadways: you’ve got lots of people, in big, fast, powerful vessels, all operating in the same area. And nobody wants to be on the same course with a boater who neglects the rules that are in place to ensure that we all live to be back out on the wakes another day.

Specific boating laws vary by state, however, there are basic standards that run across the board which all boaters should be aware of. Here, we’ll discuss a few of the biggies:

While most states don’t require boaters to wear a lifejacket, vessels must be equipped with enough lifejackets for everyone on board. According to estimates from the U.S. Coast Guard, nearly 80% of boating fatalities could have been prevented with the use of a jacket. Based on these estimates, the Coast Guard encourages boaters to wear lifejackets at all times while boating. While this may not be a challenge that all boaters choose to participate in, boat owners have a responsibility to ensure that frail and young boaters always have a lifejacket on. The lake loses its luster when someone drowns on your watch.

Boating Under the Influence

Alcohol and boating laws vary from State to State and lake to lake. However, boating under the influence typically carries similar consequences to drinking and driving, as well as the same legal limits for blood alcohol content. Boaters may even be eligible to lose their driver’s license if convicted of BUI, in addition to stiff fines and possible jail time. Be aware, however, that some lakes are “dry,” with no alcohol what-so-ever permitted on boats, or shore.

Federal boating laws require that all boating accidents that cause death, injury requiring medical attention, damage over $2,000 or destruction of a boat be reported to your State’s boating authority. The boat operator is typically the one required to file the report, which must be completed within 48 hours for fatal accidents, which we all hope not to have, or 10 days for other incidents. While nobody ever wants to have an accident, forms for reporting can be found on the U.S. Coast Guard website and will ensure that you’ve met any legal requirements for unfortunate accidents.

Knowing your state’s boating laws and taking a boater education course ensures that you know the rules of the wet, wake-filled “roads” of the water, keeping you and your fellow boaters safe out there.