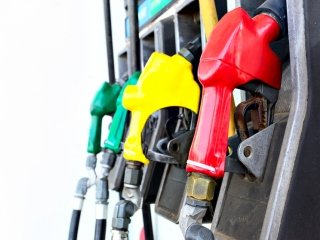 Unfortunately, it seems that most things with motors require fuel to run. From 4×4’s to ATV’s to boats, where there’s the sound of an engine humming, there’s also the tick of a gas pump. And the groans of a bank account that is being slowly eaten away by one simple expense: gasoline.  Over the past 5 years, the average price of gas in the United States has fluctuated from a national average of about $3.10 per gallon in 2007, to a drop to nearly $1.61 in late 2008…And then back again to a near 5-year high average in 2012 at a price of $3.90. Per gallon. Not $3.90 to fill up a gas can and get going on your dirt bike, but three dollars and ninety cents to guy one gallon of gasoline.

As a child of the 80’s, I’m slowly accepting that this is the new norm, but I clearly remember people moaning and groaning when gas tipped over the $1.99 mark here in California nearly a decade ago. Today, $1.99 gas would cause a stampede at the local Chevron. Come to think of it, if I could get fuel for under two bucks, I’d fill both trucks, the quads, my neighbor’s boat, and every empty milk jug I could find. It seems, however, that I probably won’t be needing my milk jugs.

Each week, the price of gasoline is creeping up as the Summer months set in, and the reason is a point of major contention among the American public and government officials. While some attribute the high cost of fuel to turmoil in countries that produce American-bought oil, others blame price fixing on the powers that be at OPEC (Organization of Petroleum Exporting Countries.) Regardless of who, or what, is responsible for the high price of gasoline, one thing is sure: the expense of fuel has an impact on the budget of offroad motorsports enthusiasts.

The question is: just how much of an impact does the price of gas have on boat, ATV, jet ski and other OHV use? According to some industry surveys, not a whole lot.

A report released by the National Marine Manufacturer’s Association stated that in 2010, just over 32% of American’s participated in recreational boating – the highest proportion since 2009. Likewise, ATV manufacturers show little decrease in sales due to fuel prices, and an increase in sales as the economy on the whole begins to recover.

While gas costs may not be affecting product sales as a whole for OHV manufacturers, there’s no doubt that people like me are thinking twice before scheduling big trips, and seriously wincing when we’re done filling up the truck and everything on the trailer at the pumps. As the saying goes “you gotta pay to play.” And it seems that we love our time outside, on the lake, and riding the trails a little bit more than we love our dollar bills. If you can’t take it with you, you may as well spend it on your toys.