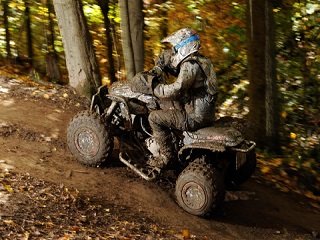 As much as anyone, I enjoy clean, fresh air. There’s nothing like filling your lungs with a breath of cool morning air as the sun crests the horizon. For that reason I completely understand the need to regulate emissions of all vehicles to a point – both on and off road. However, there are times I worry about the government’s ability to regulate the off road industry to death. A slow, painful, broke death.

A new regulation passed unanimously in the Golden State by the California Air Resources Board is aimed at controlling gasses released from off road vehicles during periods of non-operation. You heard me: NON-operation. According to Board Member Ron Roberts, the ruling is targeted at controlling vapor emissions from gas lines and fuel tanks. Research has shown that reactive organic gasses, such as benzene, escape from gas lines during periods of non-operation at a higher rate than those released via exhaust during use.

To help California comply with strict clean air standards, Air Resources Board Members contend that controlling the release of these gasses starting with model year 2018 ATV’s, dirt bikes, UTV’s and sand rails will play a part in meeting these standards.

However, some off road enthusiasts worry that the additional cost of developing and producing vehicles that meet these standards, which is estimated at $216 to $465 per vehicle, may deter people from purchasing new ATV’s in an already volatile market.

As recreational ATV sales rebound, with a nearly 30% increase in ATV and off road motorcycle sales between 2011 and 2012, an additional $500 may be an additional reason not to buy for shoppers. And with no manufacturers in the research and development phase of implementing these changes yet, costs may be significantly higher than estimated. Engineers don’t work for free, after all.

Currently, it is believed that in order to comply with the regulation manufacturers will have to use different materials to create gas lines and fuel tanks, install a carbon canister to trap particles (like those used on cars) and also install new anti-tipping technology to help prevent spills. How much these items will cost, and how much they will affect performance has yet to be seen. However, the California Air Resources Board feels that 2018 implementation will provide ample time for manufacturers to complete proper research, development and execution.

The regulations also raise the question if manufacturers will have to produce California-specific models of off road vehicles in an effort to keep costs down in markets where such strict regulations don’t exist. While I can appreciate efforts to clean up our environment, I’m curious to see the final effects on the industry in an economy where the smallest changes can have a major impact.