Call them dual sports, mid-displacement adventure bikes, thumpers or any number of other titles given to the one cylinder 650cc on/off-road machines, the best nickname may be cockroaches, because they are made to take a beating and stay alive. While these bikes are all made to adequately handle time on both pavement and off-road terrain, their similar prices can make picking one a tough task.

One of the most important things NOT to consider are the opinions of legions of internet forum commenters out there. While many will give straightforward advice, more are likely to steer you in the direction of the model they are loyal to.

Each bike can handle road and off-road travel, prospective buyers should first consider their intended ratio of road/dirt riding, and make a choice based on that. Here is a look at three of the more popular budget machines. 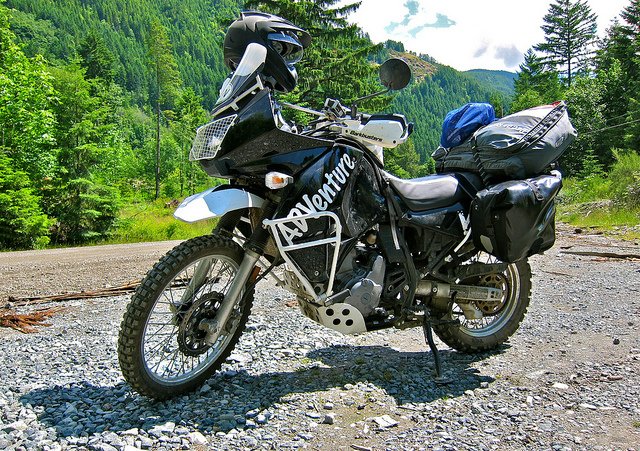 The only model of the bunch yet to unveil its 2016 offering, the most popular of the 650cc dual sports is the Kawasaki KLR 650, and with an MSRP of $6,599, it falls in the middle price-wise. Its popularity is proven by its decades-long model run, and consistent sales every year. The liquid-cooled 651cc engine is the largest of the bunch, but not by enough to make a huge difference.

What sets the KLR apart from the other two bikes is its roadworthiness. Arguably the best road bike of the three, its comfortable seat and frame-mount fairing aid in long rides, and its 6.1 gallon tank will give you easily 250-300 highway miles. The big luggage rack reflects its emphasis on covering serious ground, and not returning home for a long time.

The downside is the relatively cheap suspension, but the other two bikes aren’t top-of-the-line themselves in that area. The 432 lb. curb weight is also much heavier than its competitors, but this is largely contributed to its huge gas tank. It’s a little slower than the other 650 singles, but you aren’t buying this bike for drag racing. 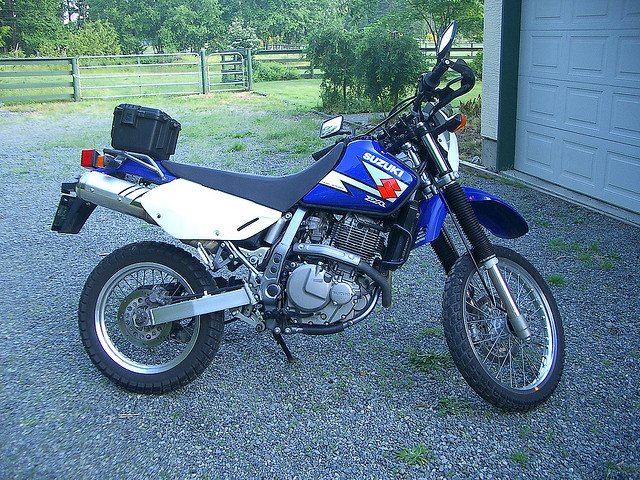 A 5-speed like the other dual-sports, it falls in between the Kawasaki and the Honda when it comes to the trail/road ratio. It sports a fairing like the road warrior KLR, but it lacks the touring ease provided by a luggage rack. The 3.4 gallon tank doesn’t touch the distance capability of the KLR, but it is larger than the Honda.

It’s seat height is 34.8 inches, just two tenths of an inch shorter than the KLR, so no big advantage there. It has some perks that set it apart, though, like an easy-to-use suspension lowering kit for when you want comfort at stop lights. What’s more appealing is the 366 lb curb weight, especially to the rider who plans on more dirt time. 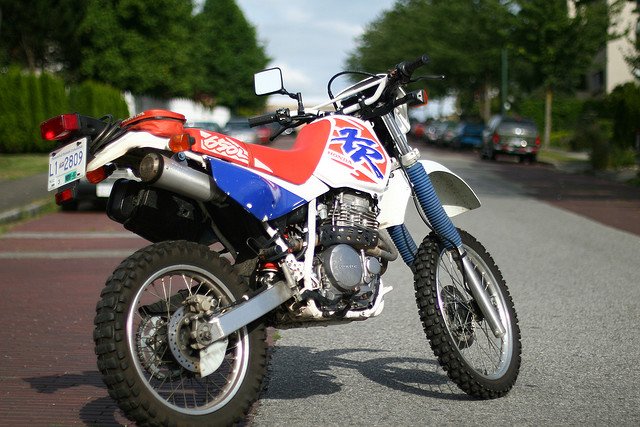 The most dirt worthy of the three dual sports is the 2016 Honda XR650L. This is immediately evident in its lack of front fairing. It looks like an overgrown dirt bike. While it is probably the most agile of the bunch, it is also the most expensive, with an MSRP of $6,690. Still, the MSRP range of the three bikes is less than $200, so performance should be the prospective buyer’s determining factor and not price.

The 644cc air-cooled engine is the same size as the Suzuki, but the bike still performs more like a dirtbike. Part of this is due to its lighter 346 lb. curb weight and its two inch higher seat at 37 inches. Just as the KLR’s heavy curb weight is partly due to its large tank, the XR’s light weight is due in part to its lack of fuel capacity in its 2.8 gallon tank and its lack of fairing and touring gear.

Still, the XR’s 43mm air adjustable axle Showa cartridge fork has an 11.6 inch travel, and the Pro-Link Showa single shock rear suspension boasts 11 inches of travel. This machine is made more for getting at trails the right way.

Overall, the Kawasaki, Suzuki and Honda 650cc singles are not the most technologically advanced machines out there, but for those looking for a great time on and off road on budget machines, they will meet your every need.