Two-wheel offroad adventurer and entrepreneur Wiley Davis III lost his iPhone last year while riding the Great Divide Trail on a motorcycle. He’d been using its GPS application, but had no solid way to secure it.

As a result, that sad phone lays in the crags somewhere along that 1,200 kilometer trail, but the mishap sparked an idea that has become wildly popular.

Through his Bozeman, Montana-based company Hondo Garage, Davis conceived of — and made from scratch with a CnC machine — a handlebar smartphone mount called the Perfect Squeeze.

“It’s the best off road phone mount in the world,” Davis said. “It’s made in a secret cabin in Montana, filled with high tech manufacturing equipment.” 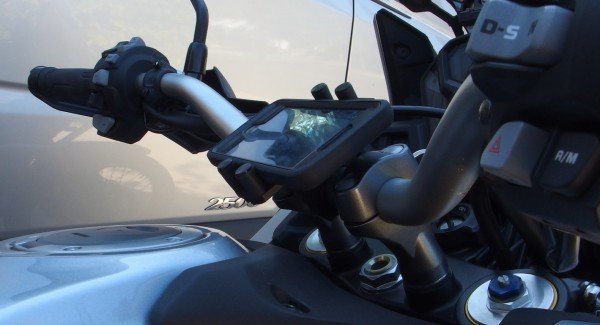 Founded in 2012, Hondo Garage  purports to make “Quality tools for intrepid people.” The company is better known for field grade accessories for digital SLR cameras, but this latest product rollout lines up nicely with Davis and his propensity for less-than-advisable adventuring.

And if it seems grandiose, that’s only part of the method. He brings a heavy industrial design background to bear with exceptional technical skills. Imagine if Frank Lloyd Wright was also a civil engineer who had run multiple off road races in Baja.

“I thought to myself, I could make the best off road phone mount in the world, so I did,” remarked Davis during a SatCom interview from his remote workshop.

“It’s made out of aluminum, like helicopters,” he said when asked about the construction of the Perfect Squeeze. “And stainless steel, like the counters in commercial kitchens.”

Since rolling out the new product, with a $92 price point, the little shop has been challenged to keep up with demand.

“It’s our best seller at the moment,” said Davis.

Clearly, Mr Davis brings the odd to his laboratory. To make things stranger, Hondo Garage is thinking about getting a robot to load the CnC machine. But there’s a practical application.

“Right now I do it and it eats up half my day doing something that’s not the best use of my time,” said Davis. “It’s the least skilled job in the shop so it seems suitable for automating. Plus, robots.”

Davis said the best application for the Perfect Squeeze is motorcycle or mountain bike for folks wanting to use their phone as a GPS, but especially for serious people. 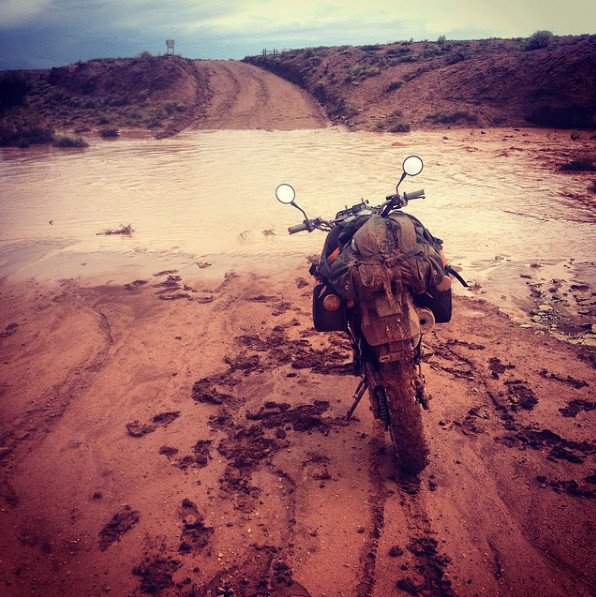