How the Zika Virus Could Affect Your Next Adventure

With the Zika virus recently discovered in Miami, Americans are freaking out. But should outdoors enthusiasts who travel in mosquito rich areas be concerned?

The answer is probably not, but they should still take plenty of precautions because there are lots of other dangerous diseases that mosquitoes can transmit.

That was the message from Bill Donahue, an entomologist who spoke at the Outdoor Retailer Summer Market convention in Salt Lake City on Wednesday.

The dangerous virus has so far mainly affected South and Central America. It’s predominantly a concern for pregnant women as it can disrupt development of the baby. Evidence also suggests that the virus is able to pass between people without a mosquito transmitter.

Although it’s been contracted in Miami, unless you are travelling to these regions, you are unlikely to be at risk. That’s not what recent Google searches would suggest as an equal number of people from Alaska and throughout the northern United States had sought information about the virus as had those in affected areas. 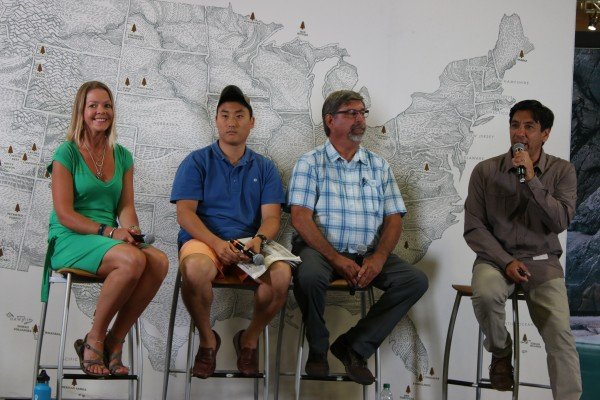 “I teach this stuff to kids and whenever I tell them that mosquitoes are the most deadly animal they get this sort of dejected look on their faces,” Donahue said.

You might think bear or crocodile or even a scorpion, but no. It’s the pesky mosquito. More people are killed as a result of mosquito bites each year than are murdered. Around 725,000 people die from a mosquito bite worldwide, while roughly 475,000 die at the hands of another human.

Donahue rattled off a whole list of other diseases that are far more prevalent in the US and arguably just as dangerous such as dengue fever, yellow fever, hantavirus, chikingunya, west nile and eastern  equine.

“There were 360 cases of dengue in Hawaii last year, but you don’t hear about it because it’s not what the media focuses on,” Donahue said.

These days there are lots of ways to protect yourself from mosquitoes. For those who are not so keen in lathering up in bug repellent every day, Thermacell makes an area repellent that’s a great alternative for making a relatively small area bug free.

The lanterns work by burning a repellent called allethrin, which mimics a synthetic copy of a natural repellent found in chrysanthemum plants. Other natural repellents include lemon of eucalyptus. You can also use Avon Skin So Soft, which has been found to a have mosquito deterring properties.