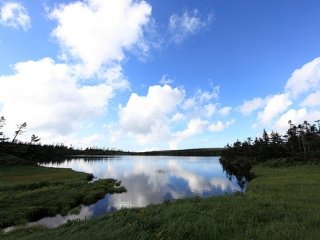 It’s funny how your focus changes over time. I wouldn’t say that I don’t see the same things I always have. It’s more that things have expanded to include a passion for wilderness. Wilderness to me comes in two kinds; true wild, roadless wilderness and strips of wilderness.

Strips of wilderness can best be explained as small areas buried within urban districts that were too wild or too useless to be developed. Untold wilderness has been sacrificed to the good of progress; however there are jewels to be found in many urban areas. These include ten square feet of wild flowers that bloom untouched every spring or a marshy area too useless to develop that has maintained its integrity while a city grew up around it.

You can find these places everywhere, and I suggest that you do. Look for the untrimmed oaks and the cattails. Look for the cup of waterfowl wings descending into the urban jungle and follow them. Especially look for the rivers. In all but the most desolate urban wastelands, the rivers provide an untamed stripe of wilderness right through the heart of the beast. Ducks, fish, trees, swimming holes and diving rocks abound. Wild untamed wilderness is available in the middle of everywhere.

The worst of the rivers have been killed some time ago by engineering and urban or industrial pollution. There isn’t anything much more depressing than a dead river. There isn’t really anything more inspiring than a dead river coming back to life either! The trend of working to restore urban streams and rivers is alive and well. National laws, and better yet inspired community groups, have done quite a bit to restore health to overlooked creeks streams and ecosystems. Look for the parks and blackbirds and maybe even the splash of a fish in the most urban environs.

The other untamed urban wilderness is the sky. There’s nothing stopping the flights of geese in their seasonal migration or the ever present LGB (little grey birds).

Even when surrounded by miles of concrete and asphalt my focus tends towards the wild muddy marshes and the towering snow covered mountains on the horizon. They are my touch point and connection with the physical world. For a moment all of the modern hustle and flow and technology is lost as four drake mallards bank through the sky. Their destination is unclear, but I know it is spring and the hens are nested. Their strips of wilderness sustain them and sustain me.