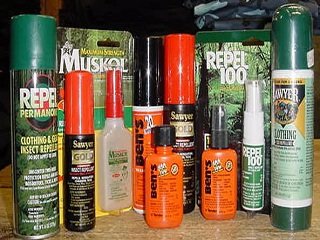 Let’s be honest, one of the first things that attracts our attention to the outdoors as children is the abundance of creatures—big and small—in the wilderness. At that age, we’re fascinated by the variety of critters with antennae, wings, and dozens of legs, and that fascination grows, exponentially, throughout the years, to a point where we’re enthralled with the new discoveries that await us in the wilds. However, some of these creepy crawlies are, in fact, potentially harmful, and can carry toxins or disease. Ticks are just one example of such a creature, and these ever-abundant parasites are known to attach themselves to a host—you, me, anyone who wanders into the woods—and can spread Lyme disease.

While all species of tick can potentially carry Lyme disease, it’s the deer tick that’s earned the most notoriety for spreading the disease, due to its involvement in the majority of reported cases. Anyone who frequents or lives near wooded areas is at risk of coming into contact with an infected tick. The fact that ticks, in general, are so small that, in most cases, you don’t even realize you’ve been bitten until the tick has long since detached and all that’s left is a rash, is what makes the risk of disease even more serious.

Lyme disease is transmitted to you if an infected tick remains attached for an extended period of time, usually over a day. This is why it’s important to shower thoroughly after a trip to the woods. The best way to remove a tick attached to your body is to gently use tweezers to pull it from your skin while wearing a pair of latex gloves. Don’t twist or jerk, because this might break off the mouth parts, leaving them in your skin. Afterwards, clean the bite area and was your hands with soap and water.

The most noticeable symptom of a Lyme disease infection is a large rash at the site of the bite that resembles a bulls-eye. If left untreated, other symptoms—dizziness, joint pain, headache, even Bell’s palsy—can occur. Antibiotics are usually effective for Lyme disease cases, but symptoms can last for a length of time.

The easiest way to prevent a tick bite to is prepare for an outing by using a bug repellent with DEET. Apply it to your clothes and skin without getting it in your eyes, nose, or mouth and reapply as needed throughout the day. Repellent with 15 or 20 percent DEET is effective, but must be reapplied every four hours or so, and even more frequently if you’re sweating a lot. Be sure to always wear long pants if possible and just remember to thoroughly check for ticks after a day on the trail or a camping trip. Lyme disease isn’t fatal, but the symptoms are absolutely uncomfortable, to say the least. To ensure you don’t have to go through such an experience, take the necessary precautions and be smart.