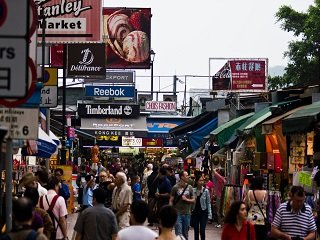 As enjoyable as it is to share in an adventure with one or several other people, it can be equally as enjoyable to venture out on one’s own to a strange, new locale. Of course, there are potential risks one faces when travelling alone in exotic regions, but your wits and planning ahead of time will help reduce those risks. Here are a few tips to help you avoid some of the common dangers of being alone and being lonely when travelling on your own.

One of the best ways to stay safe when travelling alone is to make sure you’re constantly aware of what’s going on around you. You have instincts for a reason, and they’re universal no matter what country you’re in, so listen to them if you feel like something is wrong or you’re in a situation you shouldn’t be in. If you do feel in danger, don’t be afraid to ask someone for help. Despite what many will tell you, people are generally quite helpful and willing to come to the aid of someone in need.

Common sense, surprisingly enough, isn’t all that common. Far too often, we fail to employ it and when you’re flying solo in a foreign country or the wilderness, this neglect can spell disaster. Tell people where you’re going, don’t walk around alone at night, and definitely don’t venture down secluded urban areas where you expose yourself to dangerous situations.

When you are walking around, try to look confident and behave as if you know exactly where you’re going. Try not to walk around with a giant map in front of you, as this screams “tourist,” and makes you a target for grifters or other swarthy types. Instead, carry a small map and ask for directions discreetly if you need to. If you find yourself facing a thief or other dangerous individual, be loud and aggressive. Don’t be afraid to yell and hold your ground.

As much as we would like to give people the benefit of the doubt and trust in the goodness in their hearts, deep down as it may be in some, the truth is there are people who, for reasons of their own, prey on foreigners travelling on their own. The key to avoiding becoming a victim in these instances is to not put yourself in situations where the risk will present itself and to stand your ground when threatened. It can be scary to travel alone, I know. It doesn’t have to be, though, if you use common sense when you’re flying solo in a strange land.

SHARE
TWEET
previous articleRat-L-Traps: How to Grip It and Rip It
next articleSurefire Ways to Ruin a Reel, Part One
Overture-undertone navbar fix
Monitoring string
monitoring_string = "68ec033d54c4f3b1ca4aca7f4c1e01ca"
a