Should You Hike During Hunting Season? 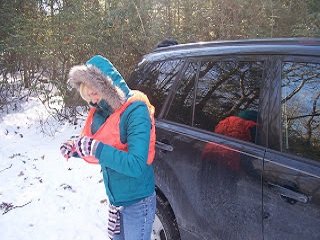 There are some who would call it dangerous for hikers to share the woods with hunters. There have been incidents where hikers were injured or killed by hunters misidentifying them as animals, but these cases are few and far between. While it can be potentially risky to hike during hunting season, you can do so with a little more safety by taking the appropriate measures.

More often than not, cases where hikers are shot are the result of someone being where they shouldn’t be, such as a hiker venturing into a permitted hunting area or a hunter being in a hiking-only area. For this reason, it’s crucial for outdoorsmen to be aware of the regulations of their region during a given season.

The regulations for different animals during varying seasons will differ, so it’s important to make sure to check out your state’s fish and wildlife website before hitting the woods. More specifically, there are many states that have regulations on the times and days that hunters are allowed to be active, as well of the type of weapon they are allowed to use. Being where you really aren’t permitted to be on a given time or day can be a stepping stone to potential danger, so take the time to make sure you’re allowed to be where you plan on hiking.

In addition to knowing the season, as a hiker, make sure you understand where hunting is actually allowed. Many national parks do not permit hunting, so when/if the government shutdown is lifted, this will be a good option for those who don’t want to search high and low for a destination for their hike. Also, some organizations have websites with lists of areas where you can hike where hunting is not allowed.

Once you find a safe place to hike, where hunting is not permitted, it’s time to take the extra step and make sure to wear the correct colors. If you don’t own a bright orange vest, like the ones hunters wear for safety, make sure the colors you’re wearing are bright enough so that you don’t blend in to the surrounding foliage or get mistaken for an animal.

It’s also a great idea to make a lot of noise while you’re on the trail, in order to give hunters or anyone else ample warning that you’re in the area. Also, if you hear shooting, make sure to shout to let the hunters know you’re nearby.

Lastly, like fishing, the best hunting times usually coincide with sunrise and sunset, so it’s best to avoid being in hunting areas during those times since you’ll be less visible in the dim light. If you must be out at those times, though, use a headlamp or flashlight and be sure to wear reflective material.

Hikers can absolutely hike during hunting season, but if their trail ambitions take them to areas where hunting is permitted, the tips outlined above will help keep them a little safer. As always, just be smart and conscious of your surroundings at all times, and do as much as you can to look and sound like a human, not an animal.