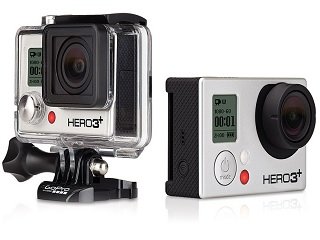 As 2013 slowly comes to an end, I thought it’d be fun to take a look at some of the year’s best trail gear. Whether you count yourself a river rat or venture high into the rocky hills, this past year saw some great products hit the market. Today we’ll take a look at a few fan favorites.

This cozy sleeping bag is rated for 20-degrees and is comprised of water-resistant down, which will come in handy on damp trips. Furthermore, the Ignite weighs in at less than three pounds and can be packed down to the size of a football.

This amazing tent is consists of a hybrid single/double wall construction that creates a ton of ventilation and interior space (30 square feet), which is a nice surprise when you consider the tent weighs in under four pounds. With an integrated fly, setup is quick and requires one hubbed pole that clips to the outside, which saves time when you need to make shelter quickly due to the weather.

Trail runners and dayhikers alike will love the waterproof, breathable Terrex for a number of reasons. Its sturdy sole is a lifesaver on slippery terrain and sharp turns, and it even comes in a midcut for traditional hikes.

For the photo/video enthusiast, GoPro’s Hero3 was a favorite in 2013. With it, you get an f/2.8 wide-angle lens, 12-megapixel sensor, 30 fps capabilities, and an easily transportable, multi-surface mountable body that’s smaller than a wallet.

With the sheer number of features and abilities that phones offer these days, it’s naïve to think that even hikers won’t want to bring theirs along on the trail. LifeProof’s popular iPhone cases allow you to do so without worrying about rain, cold, sand, or dropping it. It’ll even keep your phone safe in six feet of water.

The gear outlined above has endured months of every kind of testing you can think of to ensure that it meets the unforgiving demands of Mother Nature. Most importantly, though, each has obtained a seal of approval from customers throughout the country, which is really what it’s all about. If you’ve been unsure of what gear to add to your collection, or have been debating between a few choices, keep the items above in mind. Don’t take my word for it, though, just ask your fellow outdoorsmen.