Movies for the Outdoorsman 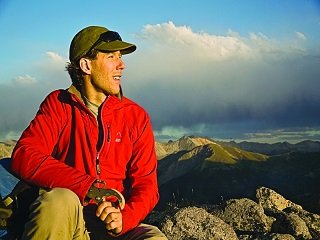 While there’s nothing like actually feeling the trail beneath your feet, the wind in your face, and the sun on your skin as you crest that ridge you’ve been aiming for all day, sometimes it’s still nice to relax with a good movie. For those who want the outdoors, even when they’re indoors, we have a list of some of the best outdoors-themed movies for you to enjoy this weekend after a long day on the trail.

Sylvester Stallone as a professional guide and climber who must stop a group of villains from making off with a lot of money after they enlist his help under the guise of being stranded? Only in Hollywood. This one’s great for those who’ve had a long, long day and don’t want to think too much about what they’re watching.

Based on the true story of Christopher McCandless, ITW captures a bit of the essence of outdoors passion: giving up a wealthy home life to get back to basics. Bonus: Music lovers will love the soundtrack by Pearl Jam singer Eddie Vedder.

This ‘80s classic brings Kevin Bacon as a psycho wilderness guide who torments and challenges Sean Astin and his friends as they make their way through the wilderness, finally reaching a breaking point when Bacon’s drill sergeant-esque rules push the kids too far. Don’t you miss the ‘80s?

This is one of my favorites. Alec Baldwin and Anthony Hopkins try to elude a murderous grizzly after they’re stranded in the Canadian wilderness, all the while engaging in their own game of wits against each other. Beautiful, sprawling views of British Columbia’s amazing landscape.

Another movie based on true events, this popular movie stars James Franco as Aron Ralston, who must resort to some pretty extreme measures after his arm is trapped beneath a boulder while mountain biking in Utah. Not for those with weak stomachs.

Arguably one of the best survival stories ever, this is another one based on true events. (What can I say, truth is more exciting than fiction when it comes to the outdoors.) TTV tells the story of climbers Joe Simpson and Simon Yates’ near fatal climb of Peru’s Siula Grande. What starts as a climb swiftly becomes a struggle of life and death after Simpson breaks his leg during a blizzard and Yates is forced to choose between his own life and his friend’s. You’ll marvel at the landscape of the Peruvian glaciers, but really this is a movie about loyalty, friendship and survival.

For full-circle’s sake, we’ll add this Hollywood-ized climbing classic where Clint Eastwood plays a classical art professor who doubles as one of the world’s top mountaineers and a retired assassin. Again, only in Hollywood. Of course, Eastwood doesn’t stay retired for long and must all of his skills to good use to hunt down his victim on the north face of Switzerland’s Eiger Mountain.

While it’s not as gritty or physical as some of the others on this list, TGO is perhaps the most popular camping movie ever. You should really just see it because of John Candy and Dan Akroyd in their ‘80s glory alone.