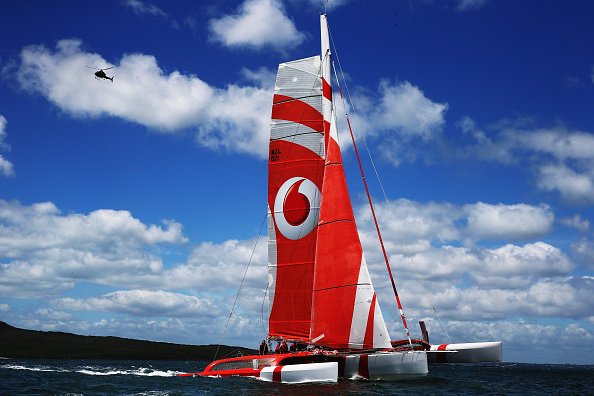 This could change everything. The America’s Cup teams have voted to reduce the size of the boats to be sailed in the 2017 regatta. It’s a cost-cutting move that might leave the two strongest challengers out.

The majority of the teams favored the change from 62-foot catamarans to ones in the 45-50 foot range. Majority also ruled in favoring a change of venue, with all racing to be held in Bermuda rather than having a qualifying regatta in Auckland, New Zealand.

The smaller boats would mean reduced costs and a smaller crew, but some worry that the changes will mean less sizzle than the 2013 America’s Cup provided. And others question how much money this downsizing will actually save, since some teams have already spent months – not to mention tens of millions of dollars – designing 62-footers in anticipation of the race.

Boat speeds are expected to be similar to what was previously seen in the America’s Cup through increased time foiling and advances in design and engineering. To lock in these cost-cutting savings measures for the long term, competitors have committed to using the new smaller class in the next edition of the America’s Cup should they prevail in this one. For some, like Team France, the size reduction is a game-changer. Skipper Franck Cammas thinks he’ll now be able to have a very competitive team for about half the budget.

Sir Ben Ainslie is the skipper and principal of Ben Ainslie Racing. Ainslie believes this change is a necessary one to create a sustainable America’s Cup for the future. He told Sailing World “these boats will create a significant cost savings while still providing a real challenge for sailors and designers alike.”

Ramifications from the changes are already being seen. Following an evaluation of the changes, Team Luna Rossa confirms that it will withdraw from the 35th America’s Cup. Team Australia withdrew in July 2014, so their role as Challenger of Record shifted to Luna Rossa, who voted against the new changes. But when the six teams voted, the proposal passed by a four-to-two margin. The changes have also put the New Zealand team in limbo, since their funding was connected to the Auckland event.

The big winners? British and French teams who have seen their funding woes reduced, and the possibility of an Asian team now being able to get in the game. One thing remains the same: the controversy that always plays a part in any America’s Cup race and makes it so intriguing.

Photo credit:  A view of Team Vodafone Sailing trimaran which is being remotely control by America’s Cup skipper Jimmy Spithill as it races against a challenger catermeran in Auckland’s Hauraki Gulf on November 19, 2014 in Auckland, New Zealand. Getty Images