Anatomy of a Crankbait 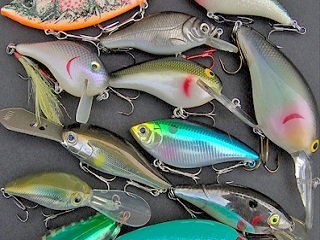 Crankbaits. We all use them and we all love them. It’s no secret why; they come in a plethora of shapes, sizes, and patterns, and excel at bringing fish to the boat consistently, which is arguably their most important characteristic. Crankbaits possess a few different features that distinguish them from other lures on the market, and these features combine to make them one of the best tools in an angler’s arsenal. Today, I’ve provided you with a breakdown of the defining features of crankbaits, in order to show how such traits enable crankbaits to perform so well.

Crankbaits come in a wide variety of body styles, each of which are designed for a specific purpose and display a specific action in the water. Minnow bodies, which tend to be longer and thinner, provide a more pronounced wobble during the retrieve. Shad crankbaits are short, have a rounded head, and offer a tight wiggle in the water. Flat-bodied baits are meant for fast retrieves and tend to act as countdown baits, which also means that they sink at a particular depth per second. You also have the unique body-styles popular with the Rebel lure company, such as the crawfish or grasshopper body.

Perhaps the most noticeable feature of a crankbait is the bill, which determines the depth to which the bait will dive. The smaller the bill, the more shallow the bait will run, so keep that in mind when choosing a bait for your intended body of water. Most crankbaits will display the run depth on the package, though.

Internally, crankbaits come with several available options. Some contain small ball bearings, which create a high-pitched rattle, while others come equipped with an internal tube that houses larger, “clacking” objects to create a deeper sound. These rattling features create soundwaves in the water that are received along a fish’s lateral line, and provide a clearer target on which to hone in.

Lastly, you’ll undoubtedly notice a myriad of color patterns available to anglers. With so many to choose from, it can be hard to know which ones to throw. There are certain color patterns that work better during certain seasons, while others do well in certain temperatures or light conditions. I’ve found it smart to carry a wide variety, but I make sure to possess a crawfish pattern, a shad pattern, and something with chartreuse in it, such as a firetiger or sexy shad pattern.

With treble hooks, split rings and several other physical features that combine to create an impressive bass-catching lure, crankbaits are to be regarded as one of the must-have bass lures for any angler’s tackle box. As I’ve said before, each of the characteristics of a crankbait culminate into a great lure that catches fish. Period. I think we can all agree that this is the most important feature any lure can possess.