The Case for a Simple Fishing Reel

After living just three minute’s walk from the Willamette River in rural Oregon for the past two years, I finally got around to taking a pole down there and fishing. I’d kept threatening to start fishing, but I was wrapped up in work and kiddos and all the things that go along with both.

So when my brother-in-law Stephen moved from Vermont to less than a mile away, he gave me the nudge to come out with him sometime. Of course I had my level wind glass rod from my days on a sailboat in Dana Point, but that’s a lot of pole for the river. And then there’s the nice spinning reel a friend gave me, so I thought I’d use that one.

And of course, it’s a step up from the simple spincast reel I used in high school. So off we went to reel in the big bass.

Within minutes I’d lost a good lure in a tree and was working to untangle and re-spool the spinning reel. All the while, Stephen was casting with ease and purpose with his brand-new $25 spincaster. And then he caught a nice little rainbow trout.

I decided to abandon the spinning reel. Too much work for a non angler. Still, I had my glass rod. All you gotta do there, I remembered, was to keep your thumb on the spool when casting. After a cast or two in the yard, I was ready to head back to the water. This time, I knew I would be solid. After all, this glass rod reeled in many yellow tail and barracuda from the ocean. Of course, that was when I was trolling, not casting.

After some bad luck casts, the level wind, which had sat idle for 11 years, simply stopped working. I sat there on the rocks, looking online with my phone to find a tutorial on how to fix it. Meanwhile, Stephen with his simple fishing reel was casting without a care in the world.

It was settled. Time for a new pole. And nothing but a spincast would do. The next day I went out to Dick’s sporting goods to find a $25 reel. Instead, I found a $30 reel. It was a spincaster, so I grabbed it with no regard for the brand, paid my $30 and set out to fish for real.

It turns out I’d stumbled upon a Zebco 33; a re-issue of the original spincast reel, first introduced in 1954.

RELATED: How to Deal with Fishing Line Backlash

Inventor RD Hull got the idea in 1947 after watching a clerk at a meat counter using a fixed spool device. He took his idea to the Zero Hour Bomb Company, maker of time bombs used on oil wells. For some reason, they agreed to develop and manufacture the reel, and the Zebco was born.

As the original Zebco marketing language goes, it’s “guaranteed not to backlash.” In fact, in 1956, Zico sales rep Bill Carter set a world record with 3,453 consecutive casts with no backlash. He spent 14 hours establishing the record.

With my brand new, and apparently legendary reel in hand, I set out again, and this time, casting was flawless. It was almost zen-like, watching the plastic worm sail, aided by a couple split shot sinkers, the muted sound of the line paying out, bending a bit in the air.

The light splash as the worm broke the surface of the glass-like water of an eddy was hypnotic, and the reel in was smooth and natural. Toward the end, the worm would flit and twist through the shallows, smaller fish nosing at it.

And again. Repeated with perfection.

RELATED: Where to Buy Your Next Fishing Reel

It reminded me of those midnight runs to a man-made lake in high school, when we would bait our hooks with corn, cast with our spincasters, and catch maybe 20 bluegill in an hour.

Of course. Why would we want to complicate such a ideal pursuit?

The light bump, shake and then tug let me know I had one, and for maybe 30 feet I reeled him in; a nice little brown trout; too small to keep, unless I was camping and was looking for dinner. I tossed him back, watching him dart between the rocks and into the murk once again.

And now I was in. Fishing was enjoyable once more. With my Zebco 33, I was free to focus on  the water, the banks, the trees and the sky, and ultimately the fish.

When I look at a stream or a river now, I think of casting into the silent water, hoping for the big one, but content to be fishing at all, and with a reel that, as advertised, will not backlash.

Here’s to the Zebco 33. And to the Zero Hour Bomb Company. 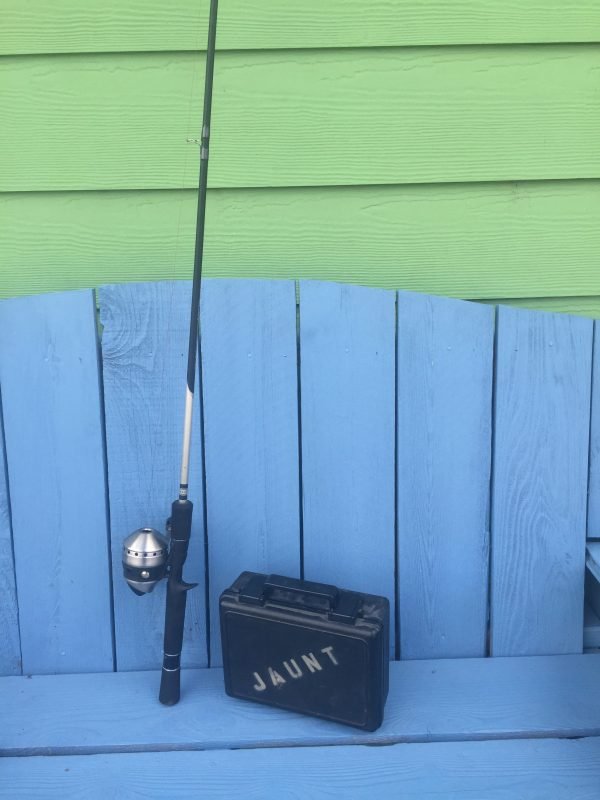