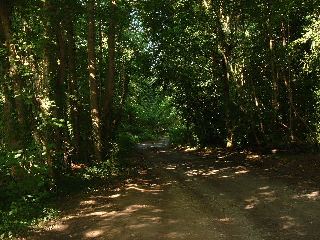 In this case it wasn’t a house cat; my brother Nate shot a cougar during his deer hunt. We always carry predator tags in case of the right opportunity, and in this case the cat was in a fairly remote area and quartering into the wind towards the hunter, curious. Not within jumping range but close at thirty yards. Thirty yards did put the cat within 7mm range and made for some great culinary experience. The closest comparison I can come up with is pork. Cougar is leaner than pork and very similar in appearance and close in taste and texture.

Most animals have an active curiosity. Even animals that you wouldn’t think would be interested will come in to see something different if it isn’t seen as threatening. This year we called in a small bear and two coyotes using nothing but cow elk calls. We were after other game but calling a bear into 10 feet is an amazing experience any time!

Old time duck hunters and a few that are still out there use tolling dogs. Tolling is a technique where a dog runs around on shore, acting kind of silly and attracts large rafted flocks of ducks within shotgun range. I have had geese toll in to my retriever playing fetch too many times to question the practice, it works! Not in every situation, but quite often geese will come within 10 yards of the dog and often times within 20 yards of the handler.

I’ve had a small spike buck literally sniff my broadhead, trying to figure out what the odd bump on the log was. I killed a four point bull who was just a little too curious about what the herd was doing over the ridge. The herd in that case was my hunting partner. Over the years we’ve called in or partially called in a good dozen other hunters, mostly on accident but occasionally out of our own curiosity. I try not to but sometimes it’s hard. I certainly don’t recommend it for safety and other reasons.

I stay plenty curious too and will investigate noises in the woods, usually hoping it’s a buck or bull rattling or fighting and finding a woodpecker or a squirrel dropping cones. I have found the buck and the bull scraping trees and pushing each other around enough times to never ignore these noises. One time I carefully stalked a coastal stream where a herd of elk was obviously milling around. When I got there, I found a noble quarry. Not elk, but spawning salmon!

Curiosity in the outdoors as in life is a great teacher. You never know what you will find when you are out there. Stay curious, explore and enjoy!