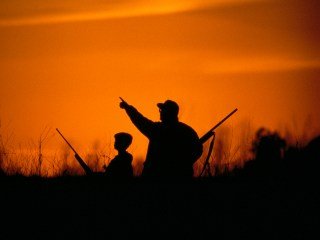 With January goes the waterfowl season. Duck season this year was marked by a couple of road trips and was mostly anticlimactic. Waterfowl season wraps up what I think of as my hunting year, which mostly runs from September bow season through the end of January. I usually get out for a couple of turkey hunts in the spring but the steelhead and salmon receive most of my sporting attention this time of year.

The end of the season leads me to think of what went right and wrong in the wilds this year and to do some planning or at least brainstorming for next year. Lest I bore you with every detail, the successes for big game hunting this season consisted largely of putting in a great amount of time in the woods with some great opportunities.

Despite what I would consider a great season for opportunities, there wasn’t much added to the freezer. Sound familiar? The focus of my hunting time and effort this year was bow elk hunting. We definitely had our chances and put in the requisite time needed to have a good chance of success.

So what do I want to do differently hunting elk? Wow, I’m not sure there is one thing. I do have a rough plan to get to Montana in the next couple of years and I’d like to get out scouting this spring a couple of times.

For deer I am seriously considering heading to the dry side of the state to chase mule deer again. My second son can hunt deer this coming season and Josh’s football will likely slow him down. I love blacktail hunting on the wet side, but it’s hard to pass up the change of pace offered by the more open rim rock country. Hmm, note to self to check into a couple of other units.

Waterfowl hunting is going about right. I think we are going to strengthen our widgeon spread and layout blind camouflage methods (more on that later).

Now it’s time for some fishing, some writing and to crank out a summer’s worth of family fun! Seasons end is a time for reflection and planning, and it’s also a time for moving forward with anticipation.