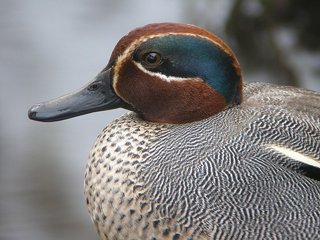 It was barely 6:30am and I was already on my cell phone calling Dad to find out what the green-wing teal limit was. Four massive shots rang out behind me as I knelt down in the  Mississippi mud floor of our island pit-blind; the mud was chilly on my bare knee, but there is just something novel about duck hunting in shorts.

It was September first on the Muddy-Miss and opening day of the early Canada Goose and Teal season. Two teal each already in our piles and not one of the three of us could remember the limit. Dad’s work buddy and family friend, Steve, had no qualms about (me) ringing the house just after dawn to find the answer. After some distorted muttering and grumbling on the other end, we were delighted to find that the bag limit was a generous six birds. We were lucky; as I worked out the details over the phone, my buddy and childhood friend Andrew dropped his first double to bring his bag up to four green-wings. As the sun and temperature rose, so did the number of gnat-like swarms of teal that buzzed around our two-dozen haphazardly tossed mallard decoys. Who would’ve thought that an eighty-five degree day in September would have yielded such great hunting?

Hell, I hadn’t even bothered to wear long sleeves. But even Irish-white arms and legs shining brightly in the Midwestern morning sun couldn’t deter these determined duckletts. We all limited out by 8:45 but hung out in the blind for another hour anyway just to watch them fly by.

After picking up decoys and trying to talk over the hum of a 25 horse Evenrude on the way back to shore, Andrew and I sat on the levy overlooking the Illinois river bottoms and vast oceans of corn as far as the eye could see. Passing a bottle of blackberry brandy back and forth, we discussed the upcoming season and how great an omen this bountiful opening day must be.

As best I can recollect, by the time the normal waterfowl season opened enough ice had begun to come down the river that we had to pull our floating blind just a couple of weeks in.

In fact, the deployment and collection of our massive resident-string of several dozen decoys on fixed lines for the regular season happened so close together I remember them as a single event. But no matter the hard work that later went into an inauspicious and generally unsuccessful regular season, that warm day in September defined it; and will never be forgotten. Especially not by my envious and sleep deprived father.