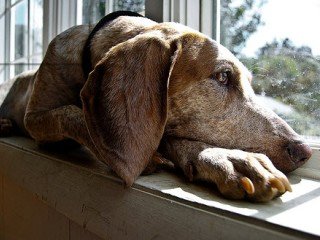 Even as a young child before I was sure what cousin Butch looked like, his shenanigans were the stuff of legend. Just a few years younger than my Dad, Butch had once taken a guy’s brand new Harley-Davidson for a “spin around the block.” When he returned the bike an hour later to its then fuming owner, Butch is rumored to have only muttered, “ Well I didn’t say which block.”

Butch is a tall and slender man with kind eyes who is well known for wearing his “good overalls” to church and not letting anyone leave his house without having a sit down with a Milwaukee’s Best on the bank of his well stocked catfish pond. He’s also known for having more firearms I his truck at any given moment than many gun-shops have behind the counter.

But until last year, I’d never really known Butch to be a Raccoon hunter. I’d been coon hunting a time or two with my Dad; those outings usually involved a spotlight and a .22 rifle; guess which one I was usually wielding. But Butch had gotten the idea that he wanted to get a bon-a-fide coon dog and make the whole thing a legitimate endeavor. He settled on buying a full grown English Red-Tick from a neighbor and a giant spotlight the size of a satellite TV dish with candlepower measured in millions.

After months of hounding (pun intended) Dad and I to tag along, Butch finally convinced us to join him on a hunt. By this point, we thought, Butch and “Red” would be a finely-tuned coon hunting machine. Butch met us at our cabin on the family farm in late afternoon and helped us clean all the aluminum and glass out of the refrigerator. After sunset, we ambled out into the darkening cold; a few inches of week-old snow clung to the ground and it crunched under our feet.

Butch opened the cab to his truck and Red hopped to the ground. Wagging and sniffing out Dad and I, Red acted more like a lap dog than a ruthless coon hound. But after a short pep talk from Butch, Red seemed focused and mission-ready. On Butch’s instructions, we all stayed put as he took a few steps towards the woods and gave Red his cue that the hunt was on. Red shot into the woods like a rocket and vanished into the dark woods with a flash. We could hear the crisp sound of his paws as he ran in concentric circles through the forest and eventually fade into the night. A few hours later, after miles of wandering in the general direction of distant howling we finally caught up with Red sitting at the base of what we’d soon verify as an empty tree.

That was last winter; our family conversations with Butch have been remarkable free from talk of raccoons or dogs for the past year. But I received a letter from Dad last week that says Butch is looking forward to my Christmas return, and another hunt at the farm with his new pal, “Blue.”