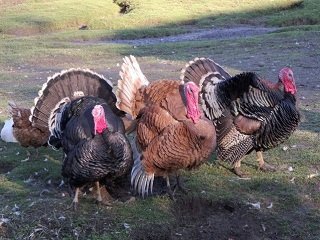 As a hunter, if you spend any amount of time in the outdoors you will eventually experience strange and peculiar events and circumstances. Let’s face it, we all live indoors and even if you spend a lot of time outdoors; you still live inside of a structure shielded from nature for most of your life. A lot of weird stuff goes on out there, and I bet every hunter has a weird tale.

Besides the abnormal and bizarre goings-on, a lot of us also experience special and unique events that make a mark on your memory forever. As a guide and hunter for over thirty years, I have seen more than a few unbelievable things happen while hunting, and I am convinced that most people would not believe me if I shared some of them. I bet you have your stories as well. For example, while sitting in a tree stand bow hunting Whitetails on a rural Kansas farm in 2003, I looked up at around 4:00 pm to see a small monkey traveling from tree to tree. I was shocked. I watched it go from treetop to treetop and eventually travel out of sight before I realized how dumb I was to not have gotten out my camera and documented this bizarre sight. That was a strange day.

One year while guiding a turkey hunter in eastern Washington, I began calling two distant birds who I suspected were three years old or older. As my hunter sat a short distance away from me, the birds came in on a rope. They took a direct path straight to the sound of my mouth call. The big longbeards got within 3 feet and kept coming. I was wearing a camouflaged mesh face veil and they were literally in my lap. One of the toms was twelve inches from my face and he had his head cocked in concentration as he studied my face. Every time I blinked, he let out a putt. I held my breath in disbelief while he continued to stare into my eyes. The other gobbler was only six feet away and I was praying that my hunter would not shoot him since he was so close to me.

Eventually, the turkey stepped on my leg while walking away. My hunter and I were in a mild shock at the close encounter that we both just had. The hunter didn’t shoot as the birds disappeared over a nearby ridge. I was upset that he did not shoot one of the birds, so I asked him why he did not shoot and he replied, “I don’t know. I guess the turkeys hypnotized me.”  That was good enough for me.

One Kansas spring, I took my wife turkey hunting and we immediately both felt uncomfortable when the sun had come up. The air was heavy and the entire area had a yellowish glow to it. No animals were making their normal springtime noises. No birds, no insects, nothing. We eventually called in two birds and killed them, but we left and drove home in the yellow haze of quietness. Later that afternoon, a huge tornado hit the area and wiped out a complete town not five miles from our house. I later found out that the area we had just hunted was hit hard by the twister, and when I went to check on it a few days later, a twenty foot flat-bottomed aluminum boat was wrapped around a giant oak tree like a ribbon. It was the tree we had sat under to kill the birds.