A Lesson in Safety 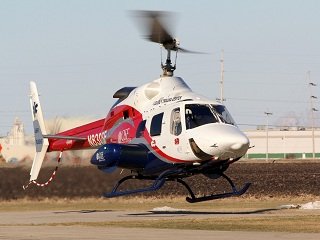 Telling hunters to be safe is the ultimate cliché. We all know that safety is very important, and as we get older we tend to assign all the safety warnings to younger, less experienced hunters. However, at some point an accident or incident comes along and bites someone that influenced you, and you take notice.

About 14 years ago, something very scary happened to a local hunting show host I admired in Portland, OR. Rick Young was a co-host of a regional TV show called “Northwest Hunter.” Along with another host, he mainly hunted the Pacific Northwest for large and small game. The thing I remember the most about Rick was that he appeared to be himself on camera, unlike all the hams you can find today on the various outdoor cable channels.

Rick was on trip to Alaska in pursuit of moose when he was involved in an incident that made the nightly newscast one evening. All the news said was that he had been injured by a knife while hunting. I could not wait to learn more about what happened, and it only took a few weeks before Rick shared the details in an article he wrote. The story shocked me and scared me into being way more careful with knives while afield.

Rick had killed a Moose about 60 miles west of Anchorage at Little Mount Susitna. While kneeling down to take the skin off of a hind leg, his concentration lapsed and the four inch blade of his Gerber knife went straight into his thigh. It went all the way in and as he quickly pulled it out, he knew by the amount of blood that he had cut his femoral artery.

Cutting a major artery is bad enough, but cutting one in the wild can mean death and in this case, death was looking like a possibility. Rick and his guide had traveled into the hunting area in a Piper Super Cub airplane, and at that particular moment, they were fogged and iced in. Rick’s guide used some 550 cord (aka parachute cord) to fasten a tourniquet, and headed for the plane to radio for help.

Everything turned out well after Rick made it to Anchorage and had three hours of surgery, but he was lucky. I could not believe that someone so experienced could make such an error, but that was then and this is now. Since then, I have had a few slips with a knife, nothing serious, but I know how accidents happen and they can happen to any one of us. I will never forget that story and I hope you won’t either.