Better Safe Than Sorry With Bears 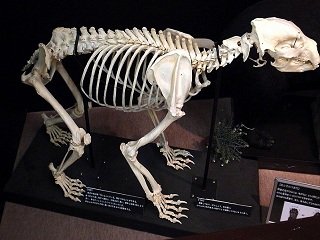 Hunting can be an ugly business if it is not executed in a thorough and careful manner. Of all animals to never take short cuts on, bears sometimes require special efforts to finish the job both ethically and cleanly.  Unlike ungulates, bears need to be put down quickly to prevent escape and injury to tracking or trailing hunters. Here are five reasons to shoot to your bear to the end.

Small Vitals.  Compared to most big game animals, bears have very small vital areas. These smaller targets require more precise shot placements, so knowing your weapon and planning your shot are crucial to putting a bear down as fast as possible.

Muscle and Bone Mass.  As previously mentioned, a bear’s vital organs take up less room than most animals; however, they are also protected better than most animals by heavier and denser bone and muscle structure.  These anatomical features demand heavy bullets and continuous shooting until the end. You are not doing a bear a favor by shooting it once and watching it die. You need to be proactive and continue until the end.

Lack of Blood Trail.  With heavy muscle tissue and heavy coats of hair, bears are notorious for not leaving adequate blood trails when fatally hit. Many bears have been lost to hunters that were derelict in their trailing and tracking duties.  Never mistake a sparse trail of blood for the lack of a lethal hit. Blood does not easily escape a bear’s body, so plan your effort accordingly.

Small Profile.  Bears are relatively short animals on all fours and they can easily hide in tall grass or short brush.  Not only can they hide in such areas, but when injured or threatened, they seek out these thick areas to hide in plain sight. Their short stature is just one more reason to keep shooting a bear while it is in view.

Danger.  Bears are super strong for their size. Even when hit fatally, they can claw their way great distances to hide or lay in wait.  No hunter needs a live bear hiding from them as it can only lead to bad things. You should dispatch a bear in the open to avoid possible danger. Ungulates like to lie in somewhat open spots so they can see any possible approaching danger, but bears like to hide in thick cover while using their ears and sense of smell to identify approaching threats. This means they are not only more dangerous, but they are also harder to find once dead.