The Sounds of Spring 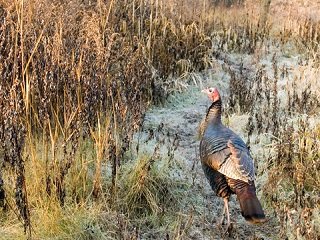 The turkey woods are a great place to be during the early morning hours of spring. There is no sound as resonating as multiple gobblers sounding off right before they fly down, and listening to hens yelp at each other a half mile away is also very memorable. The sounds of spring are different than any other time in the woods and this is a good thing if you are turkey scouting or hunting.

When I went on my first solo turkey hunt at the age of 13, I only had a box turkey call and I only knew how to do a hen yelp. I experienced a lot of frustration that year, but eventually I learned a few more calls and began to evolve as a turkey hunter. I remember learning the cutting sounds that birds produce right before they fly down, and I later learned the other cutting calls that semi-alert and alert birds make. Finally, I learned the excited cutting calls that breeding hens often make.

I remember the day I discovered that not only gobblers gobble. I was watching a hen strut just like young tom one morning and she let out a gobble. I was only a kid and the best explanation my uncle could give me for that happening was that the hen was “confused.”

I also learned to finally recognize the yelps of gobblers too. When I got older and learned how to call birds closer to me, I remember hearing gobblers spit and drum for the first time. It was incredible hearing that and not knowing what it meant or what purpose it served. It wasn’t until my later years that magazine articles and seminars came across my radar and I began to learn the meaning of what all those sounds meant.

My favorite spring sound is the gentle purr of a soft-spoken hen. That sound comes off as inviting. It is no mystery why it causes toms to seek it out and trust it enough to make themselves vulnerable.

There are other sounds that stand out. Nobody can mistake the beating wing of a turkey. One of the most distinguishable sounds I have ever heard happened when I stumbled underneath a roosting tree in the pitch dark. Turkeys were aware that I was under them and they began to get uncomfortable and I could hear their toenails scrape against the limb bark as they adjusted their weight in anticipation of escaping. Man do I love the sounds of spring.