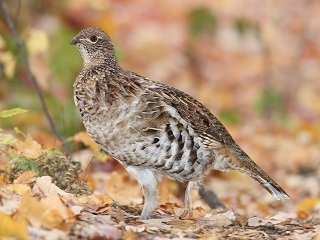 With decades of taxidermy experience, I have dealt with a lot of hunters over the years. I have taught a lot of hunters how to perform basic taxidermy tasks to help them in the field and I have learned a lot of tips and tricks from hunters as well. Here are a few examples.

There was an article written in one of the big magazines decades ago called, “Old Habits Die Hard.” It was a one page article that was specifically targeted towards older hunters who liked to slit the throat of their dead deer to ‘bleed it out.’

The article was very tactful and the main point was that if a deer is dead and his heart is not beating, you are not actually bleeding a deer out; you are just letting some blood drain. For the record, slitting a deer’s throat really messes up your deer mount as well.

I never forgot that article and I always had a hidden smile when I would watch my uncle who served in WWII cut the throat of every deer he ever killed up until a few years ago. I never had the heart to tell him about that article, so in a sense, the article’s title was perfect. Old habits do die hard.

One of the coolest tips I ever learned from a hunter was from a grouse hunter in Washington State. He said he could gut a grouse and remove the feathers and skin in five seconds. I rolled my eyes and a few weeks later he brought in some freshly killed grouse. He grabbed one by the wings, stepped on both of its feet and pulled. He was left holding a perfectly skinned and gutted grouse almost ready to eat. That blew me away. You should try it sometime as it actually took the guy around two seconds to do it.

Another area where most hunters are lacking is their knowledge about using salt in animal skins. Salt removes moisture and halts the bacteria breaking down the skin into a smelly mush. However, you cannot put salt on any meat that is attached to the skin or it will harden into a concrete meat sculpture. Also, if any meat is on the skin that means that the skin is not getting the salt because the meat is blocking it. Please make sure all meat is off a hide or skin before you salt it.

One other quick lesson I have learned is to use a flat-tip screw driver for pulling the skin away from deer antlers. The skin is tough and thick so make a cut and stick that screw driver in there and pry it off the antler stem.