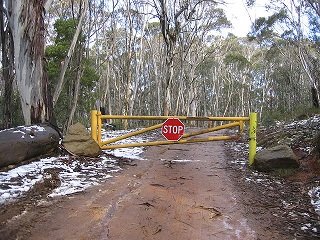 In Part One of my pair of ‘busted’ articles, I mentioned how almost all wildlife and law enforcement duties have evolved into fund-raising missions instead of the traditional ‘protect and serve’ functions. With shrinking local, state and federal budgets, all enforcement officers have to now justify their jobs by helping pay for their positions by raising money through court costs, fines and other fees, so as users, we have to realize that any enforcement representatives are not getting paid to walk around and let violators walk free because they might be nice people.

So, considering that these people with authority are only out to write you tickets, or worse, arrest you, it would behoove you to never engage in conversation with them at all. That is not to say you can’t talk to them. There are very polite ways to talk to someone without having a conversation with them. YouTube is full of videos made by people who understand and know their Constitutional rights and they show many examples of how to politely speak to law enforcement without ‘speaking’ to law enforcement.

Knowing and cherishing your rights is not controversial, nor is it rude. You simple have a right not to say anything to anyone unless someone’s life is in danger; you’ve witnessed a crime or a judge compels you to speak.

Here is a good example of what happened to me one year in my youth. I went waterfowl hunting in a tricky area that was made up of various national park and state forest roads. Only some of them were legal to drive on. When we were done hunting, a game warden stopped me when I was leaving the area. I was taught to respect anyone with a badge and to be nice, so I obliged him in conversation. Keep in mind; he did not see me driving in the area mentioned above. He only noticed me as I was leaving that area.

He asked me how I was doing to loosen me up, which they all do. Then he asked me if I drove on any of the closed roads. I said, “I don’t think so.” He replied, “It doesn’t sound like you are sure of that so is it possible that you could have driven on one of those closed roads?” I answered him back that anything was possible and bam, he began writing me a ticket. I then told him that I honestly did not think I drove on any closed road and he told me that I should tell that to the judge if I wanted to protest the ticket.

Lesson learned. Never, ever admit to anything you didn’t do and definitely don’t ever speak in hypotheticals, but mostly, never have a conversation with any authority figure that would benefit from busting you for something.

Now whenever I hear the old, “How are you doing today? Where are you headed?” I simply state in a respectful tone that I don’t like to talk about my personal business with strangers. It works.