The Importance of Good Taxidermy, Part One 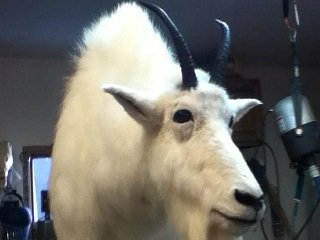 Every year before the country’s Whitetail deer seasons kick off, I like to write about taxidermy in the hopes of helping someone avoid all the negative experiences that can be associated with entrusting a stranger to preserve your trophy animals. Here are some things I have learned in my decades of being a taxidermist.

There are now taxidermists in just about every small town in America, but the reality is most taxidermists are ‘hackidermists’ and you need to avoid those guys. This series of articles will give you the knowledge you need to choose a good taxidermist and it will help you know what to expect throughout the taxidermy process.

The benefits of choosing a good taxidermist are many. With today’s technology, a mount should last a hunter’s lifetime and beyond. Tanning has come a long way since early days of taxidermy and a good mount is only half as good as its tan.

The pitfalls of choosing the wrong taxidermist are also many. Your mount could take over a year, or worse, disappear as a fly-by-night hackidermist relocates without telling his or her customers. Or, you could end up with a crappy looking mount that will slowly crack and disintegrate each and every month. Terrible mounts are often associated with “cheap” taxidermists. Another bad result from using a wrong taxidermist is that your hard-earned animal just won’t look good. Terrible looking mounts are sad and unnecessary.

Another common mistake that hunters make during their quest for a taxidermist is to ask other people who they recommend. While this info could be helpful, most hunters are not good judges at what good taxidermy is. I have seen terrible mounts that most hunters think look good, but they are not even close to nice looking mounts. I have also seen hunters not appreciate a well-done mount, especially if it has a smaller set of antlers on it. Quality taxidermy is the least appreciated craft that I know of and bad taxidermy is the most over appreciated.

My intention with this series of articles is to help a hunter find the right taxidermist. I don’t mean to preach or lecture, but rather, I intend to convince people that they owe it to the hunting brotherhood to exercise common sense and sound judgment in choosing a professional taxidermist. Supporting hacks who hurt the industry hurts hunting in general and it creates even more taxidermy horror stories.