The Diesel Take Over: On and Off-Highway 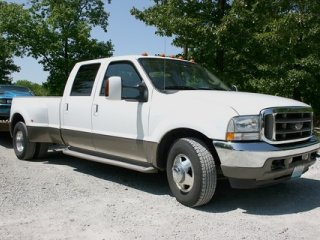 The number of diesel pickup trucks roaming the highways and backroads of America is increasing daily. In fact, J.D. Power & Associates predicts that diesel vehicles will account for 9% of new vehicle sales by the year 2013, up from just 2.3% in 2009. And who’s buying all of these diesel rides? That answer varies widely. As car manufacturers introduce new lines of clean diesel technology, some of the units being sold are sedans designed by names like Volkswagen, Audi and Mercedes. However, take stock of the outdoorsmen you know, and it’s likely you’ll find that they’re eating up the diesel power being released by Dodge, Ford and Chevrolet under the hoods of ¾ and 1 ton pickups.

According to industry experts, and the reasonable brain of diesel owners, diesel pick-ups have become a solid choice for outdoor enthusiasts, hunters and fishermen for a variety of reasons, including:

And speaking of towing, another reason for diesel’s popularity with sportsmen is:

Although it may not be the first thing on everyone’s mind, diesel can also be quite…

Then, let’s face it: diesels are also popular among outdoor enthusiasts because they’re capable. They can tow, they last forever if properly maintained, and offer a source of brute power that just can’t be paralleled by the traditional gas powered pick-up truck.

While it’s become obvious that diesel pickups are beginning to play a significant factor in the on-highway vehicle market, it will be interesting to see the development of off-highway diesel in the coming years.

In 2010, Arctic Cat released the 700 Super Duty diesel ATV, featuring a 700 diesel motor and a 1050 lb. towing capacity. While quads like this are likely meant for utility work, it’s easy to see how they could come in handy for hauling gear on hunts or to help get your gear to a campsite for overnight rides.

As long as our recreational society seeks better mileage, efficiency and dependability from their off-highway rigs, we expect to see more diesel ATV’s (and who knows, maybe even dirt bikes) becoming mainstream options for the outdoorsmen, and women, who demand more. Until then, diesel will become a more popular option for getting us to where we’re going, whether it’s the grocery store or the great outdoors.