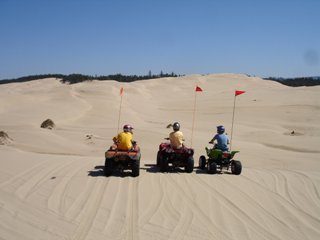 I live in a part of the country where off road parks are about as common as alligators. We don’t have either. When you need a place to give your 4×4 a workout in these parts, public lands managed by the U.S. Forest Service, Bureau of Land Management and State Parks are your available options.

However, the Southern part of the United States is dotted with a different outlet for 4×4 fun: off-road parks. These plots of private land have been turned into mud bogging, rock crawling, trail riding wonderlands by some very inventive country-style entrepreneurs.

Set-ups vary from park to park, but typically an entry fee grants individuals access to acres of land open to four wheeling. Some parks are strictly loaded with trails, while others feature a designated mud bog, rock crawling set-ups. Still, some allow camping and have designated tracks for motocross and quad racing.

And, call me crazy, but it sounds like a bargain! Most parks charge between $15-$40/vehicle and allow you to play for the entire day. But, ogling over all of these awesome Southern off road parks online made me wonder; which is better?

Is four wheeling meant to be a sport that’s practiced off the beaten path? Is starting a trail from a marker on an off highway vehicle map handed out by the Forest Service more true to the adventuresome spirit of 4×4, or is playing in the mud, no matter where you do it, just as fun?

My love for four wheeling, be it in a truck or on a quad, was born from my love of the outdoors. The woods, old dirt roads and tall pines combined with the hum of a motor relax me. I like being the only people around for miles, and being genuinely shocked when you finally meet up with another group on the trail. Sure, my husband and I look at off road parks and think “Whoa! How cool would that be?” But it leaves me wondering if people who frequent off road parks look at the Rubicon within driving distance of my home and think me lucky.

No matter where you spend your time off-roading, whether within the confines of a privately owned park in the deep South, or on the trails of our public lands in the wild west, I think you’re doing it right. As with most things in life, the grass will typically look greener on the other side, but in the case of off-roading, it seems that mud is just as dirty – regardless of where you play in it.