Justice Antonin Scalia On His Love For Hunting

As the nation mourns the loss of a larger than life figure on the Supreme Court, Justice Antonin Scalia is being remembered not only for his intellect and constitutional original-ism, but for his love of hunting.

Scalia passed away at a Texas ranch over the weekend following a quail hunt. The Supreme Court justice reportedly did not take part in the hunt, but he came along anyway to enjoy the scenery.

It was no surprise that the justice passed his time on his final day among a hunting party as he was known for being an avid sportsman.

In an interview with New York Magazine in 2013, Scalia said he first got into hunting through his grandfather — his namesake — on Long Island back when the New York suburbs were actually the country. It was an unlikely pastime for a young man from Queens, but by hunting rabbits with his grandfather he first learned how to handle a shotgun.

“He used to disappear for a week — his family would be very upset — because he’d be off in the hills of Sicily, hunting,” Scalia said of his grandfather.

“Then he got too old to go in the woods,” he went on. “But my uncle Frank had a large vegetable garden, and my grandfather would sit on the back porch of this bungalow, holding his twelve-gauge shotgun, and would wait for the rabbits to come to him in the vegetable garden. Boom! He would shoot them there.”

Scalia inherited his grandfather’s beloved L.C. Smith 12 gauge shotgun, which he cherished fondly. The justice said he also hunted quite a bit with his son’s father-in-law from Louisiana.

“I got in with them, and I got into goose hunting, duck hunting, redfish fishing — it has been a great addition to my later years,” he told New York Magazine. “It gets me outside the Beltway with people of the sort I had never known before. They could live in the woods. Give ’em a gun, they could survive in the woods on their own. It’s nice to get in with a different crowd. None of them are lawyers. Or very few.”

A judge in Wisconsin who went on a duck hunting trip with the Justice Scalia in 2010 recalled in a WBAY interview just how tough the man could be in the field.

“We’re putting decoys out and his hat blew off — a stocking cap — right in the water,” said judge William Atkinson, who hunted with Scalia near Green Bay, Wisconsin. “He picked it up, wringed it out, put it back on his head. Now, a cold October day, in late October with a wet hat on your head, you’ve got to be tough. He was.” 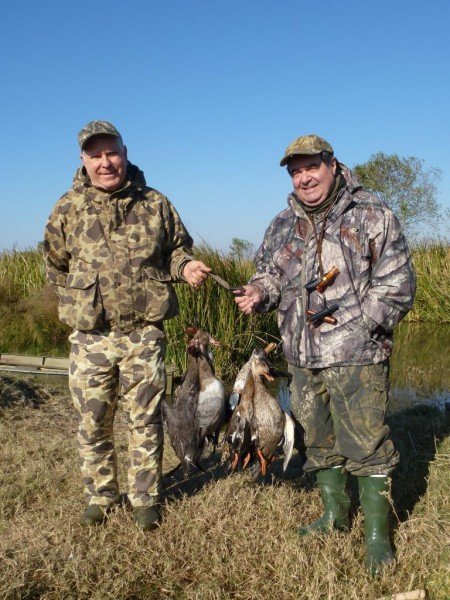