You know that saying when you were a kid and you really didn’t want to finish something, but you still wanted the recognition? You’d say, “Let’s not and say we did.”

Well it seems an Indian couple might have taken this approach in their latest claims to have summitted Mount Everest. Normally this would not be such a big deal, but the pair had reportedly become the first Indian couple to summit the mountain, which garnered widespread media attention from their home in Pune.

Dinesh and Tarakeshwari Rathod, both 30, were met by reporters and photographers a few days after their return.

“We committed that we will not give birth to a child until we climb Mt Everest,” said Dinesh, according to the Hindustan Times.

It wasn’t until photos of the pair raised questions about the feat and fellow climbers went to authorities to refute their claims that the police commissioner opened an investigation. The photos have since been removed but one Facebook user took a screenshot and shared them with Buzzfeed. 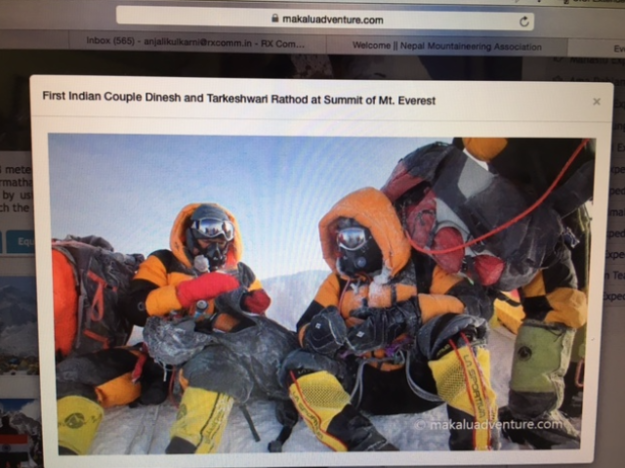 One of the biggest giveaways were the photos the couple posted to social media, reportedly documenting their trip to summit. In a photo of the pair at base camp they are wearing red gear but at the summit they appear in orange gear. Even their boots are different, which fellow climbers say would be impossible to change on the route.

A group of eight climbers who were on the mountain at the time also filed a report claiming they did not see the pair at the summit and that their timeline for completing the feat did not add up.

The Nepal Tourism Board verified the feat despite the conflicting photos. A leader of Makalu Adventures, which accompanied the climbers, defended their claim.

“I am aware of the complaint, but the Nepal Tourism Board verified the feat only after calling my two climbing Sherpas and me along with the Indian couple and asking detailed questions about the summit,” Mohan Lamsal told NDTV.com.  “They separately interviewed the couple and the climbing Sherpas and after four days officially declared the Rathods’ Everest summit feat.”

This is not the first time the couple has been accused of fabricated a climbing accomplishment. They had previously claimed to have completed the Aussie 10 challenge by climbing the 10 highest peaks in Australia, though someone who accompanied them on the trip said they were completely fake. 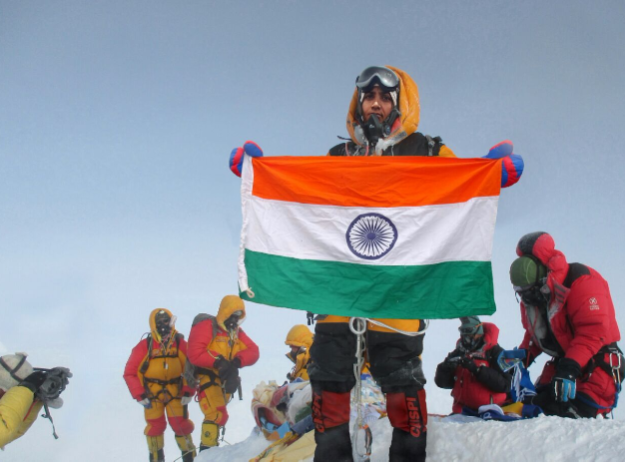