Texas Could Get Another Wave Pool

It’s only been a month and already the NLand wave park in Austin, Texas is a huge success. Now another wave pool could be coming to the Lone Star State.

The park at NLand is so popular in fact that officials announced they would add early sessions starting at 8 am. But just as they did that, engineers discovered some damage under the lagoon and were forced to shut down for a week, the park announced on Facebook.

But that shouldn’t slow down attendance for this revolutionary wave pool, a first of its kind in the United States, which so far has delivered 10,000 waves, officials said. The sets come in three shapes and sizes depending on skill level and they are generated by a moving blade called a wave foil, which travels beneath a structure like a pier. Through the push of the foil and the contours of the bottom, a wave is formed. 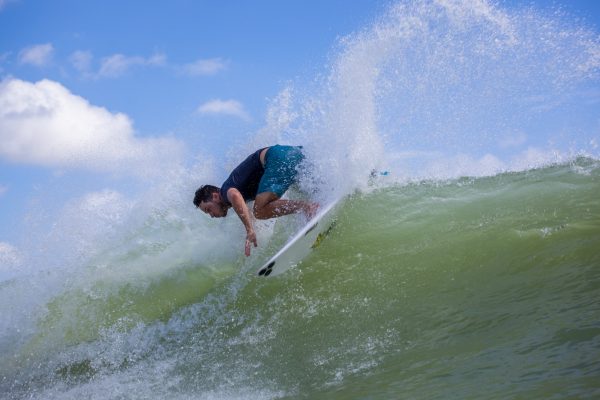 The actual size of the wave can reach 1.5 to 6.2 feet spanning across a lagoon the size of nine football fields. Visitors pay anywhere from $60 to $90 for an hour-long session in the pool, and considering that you’re surfing in the middle of Texas, that’s not so bad.

Wavegarden CEO and Founder Josema Odriozola, who’s technology powers the park at NLand and also a flaship Wavegarden park Surf Snowdonia in Wales, said the sky is the limit as far as how high they can possibly make a wave.

“We could, for example, make a steep barreling wave between 2.4 m and 3.5 m (8 ft and 11.5 ft) in height, without needing any further technical R&D,” Odriozola told Surfline in a recent interview. “However, it’s highly unlikely that one of our clients would want to build a public installation with waves this size, simply because it would not be cost effective.”

The NLand wave park is not the first man-made surfing attraction cropping up in Texas. Another company plans to build a wave park near Waco at the Barefoot Ski Ranch Cable Park and Resort by the summer of 2017.

It plans to use a different technology by American Wave Pool called the PerfectSwell surf pool, which utilizes air pressure to create a continuous wave on a much smaller footprint, just two acres compared to NLand’s 11.7.